Anthony Bourdain Is Doing a Multi-City Tour For His New Book, ‘Appetites’

It’s said to be his biggest book since ‘Kitchen Confidential.” 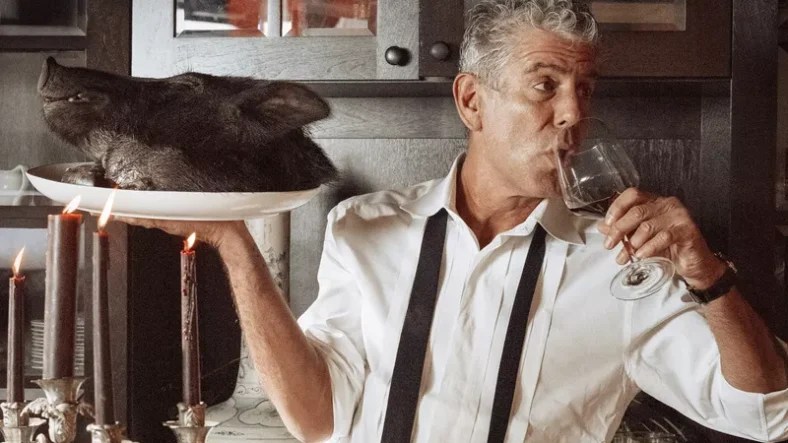 Star chef and Brazilian jiu-jitsu master Anthony Bourdain clearly has no idea he’s nearly 60 and supposed to be chilling and yelling at kids to put the top back on the jar of cheese balls. No, Eater reports that the host of CNN’s globe-trotting Parts Unknown isn’t just dropping his biggest book since Kitchen Confidential in October, 2016, he’ll also go on a 15-city tour for the new book. As the book is titled Appetites: A Cookbook, the tour has an appropriately complementary title, “The Hunger.”

Appetites, co-written with Bourdain’s longtime assistant Laurie Woolever and featuring the manic art of Fear and Loathing in Las Vegas illustrator Ralph Steadman will feature Bourdain at his most Bourdain-ish, holding forth in part on the basics of home cooking. As Eater notes, that includes this dictum we appreciate regarding whipping up candied sweet potatoes: “Put those goddamn marshmallows away.” Word, Chef Bourdain.

Courtesy of Eater, here’s Bourdain’s tour schedule for “The Hunger”:

Appetites will $37.50 and you can pre-order it today. It won’t hit the shelves until October 25. Tickets for Bourdain’s “The Hunger” begin presale on May 2. Keep an eye on Anthony Bourdain’s tour website for further details on general ticket sales.

If you don’t, he might want to have a talk with you in the ring.