The Pelican’s forward threw down a season-high 59 points. 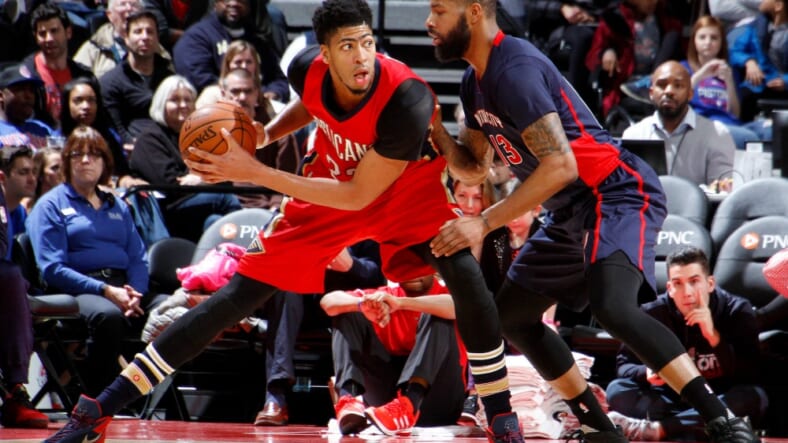 Until Sunday, Anthony Davis had quietly put together the best season by any big man in the NBA. His 24.2 PPG, 10.1 RPG and 2.2 BPG all rank in the top ten in the league and he’s the only front court player who can claim that distinction. Davis’s 25.98 player efficiency rating is fifth in all of basketball, behind only perennial MVP candidates Steph Curry, Kevin Durant, Russell Westbrook and LeBron James. But Davis is stuffing the stat sheet for a 22-33 New Orleans Pelicans squad, which means he gets as much attention as a middle child.

On Sunday, Davis did a little bit to change that. His 59 point, 20 rebound game—by far the best any player has played this season—reminded the NBA-loving community just how spectacular Davis is.

Davis’ game has come a long way since he was a lob-catching rookie. On Sunday, he knocked down step backs and threes, knifed through the lane like a man half his size and, of course, threw down a few rim rattlers. The NBA has rarely seen a player that combines his size with a guard’s skills. That’s what makes this guy so special.

Still, it’s not hard to find people eager to call Davis’ fourth NBA season a bust. He was tabbed by many to be an MVP candidate this season, but remains well out of the conversation—through no fault of his own though. The Pelicans have been decimated by injury and sit 5.5 games out of the eighth playoff spot in the West. Good luck winning an MVP on a losing team.

Sunday’s game was good reminder that great players can be overlooked if they’re on bad teams. Don’t make that mistake with Davis, who’s worth paying attention to for a lot of reasons — chief among them, things like this.