Antwaan Randle El’s body and mind are letting him down. 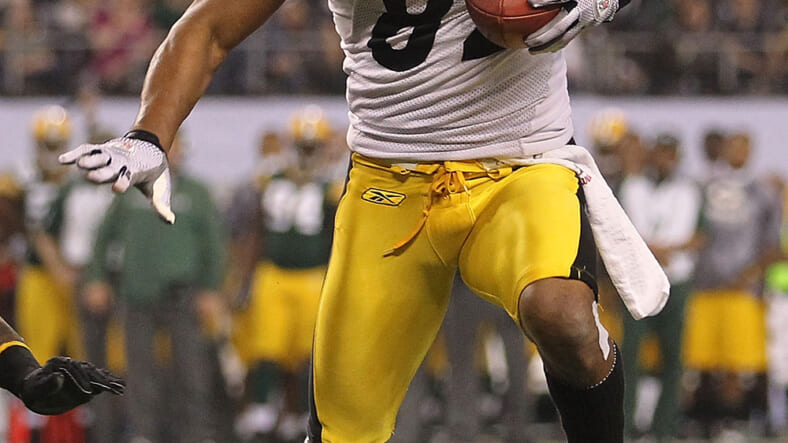 Former Pittsburg Steeler Antwaan Randle El is 36 and he has trouble going down the stairs. His memory is unreliable. He fears that he won’t make it see his grandchildren. And he blames football.

“If I could go back, I wouldn’t” play football, he told the Pittsburgh Post-Gazette.

Randle El played his last snap in the NFL just over five years ago. In the years since, he’s founded a high school, which doesn’t have a football program. That’s not by accident. “It’s a tough pill to swallow, because I love the game of football. But I tell parents, you can have the right helmet, the perfect pads on, and still end up with a paraplegic kid. There’s no correcting it,” he says.

In his playing days, Randle El was a versatile receiver and, for a time, one of the league’s most dangerous kick-off returners. He played quarterback at Indiana and reminded the world of that with this beautifully placed ball on this exquisite trick play from Super Bowl XL.

But for all the good things football brought Randle El, he wishes he’d chosen baseball as a young man. “I got drafted by the Cubs in the 14th round, but I didn’t play baseball because of my parents. They made me go to school. Don’t get me wrong, I love the game of football. But, right now, I could still be playing baseball,” he said.

It’s not often that former NFL players admit that they should have never suited up. The typical line from retired players goes something like this, “Now that I know the dangers? Yes, I still would do it again. Why? ‘Cause look at me. Look at my family. They’re able to eat, they’re able to have food and shelter over their head.” That’s a quote from former Baltimore Raven Ed Reed, who retired last May.

Hearing those words from a former player who hasn’t even hit 40 has a particular resonance. Randle El is a young man turned old—his memory slipping, his body failing him—by a game that we celebrate very weekend. He predicts that we might not be doing that for long though. “Right now,” he told the paper, “I wouldn’t be surprised if football isn’t around in 20, 25 years.”