All iPhone and iPad owners will get to watch Apple’s TV shows and movies. 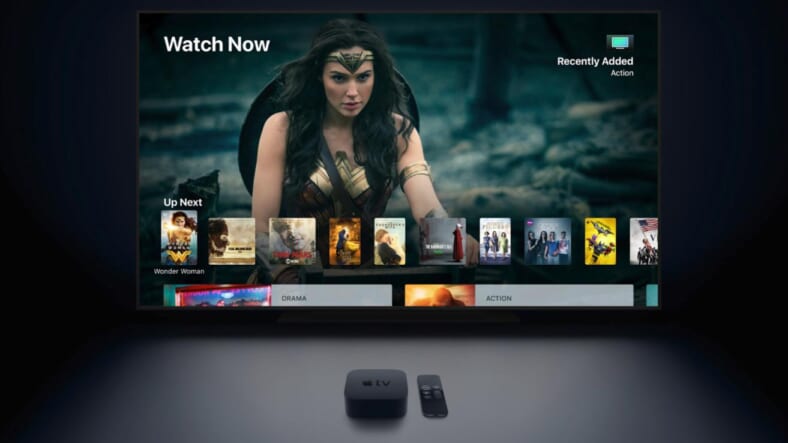 Apple’s entry into the streaming video market seems all but assured now with new rumors indicating the service will be free to people with iPhones, iPads and AppleTVs.

Joining the fray with established players like Netflix and Hulu as well as newcomers like Disney and Fox, Apple is intent on dominating the world of streaming video the way they have the music space in the past. If Apple Music is any indication, giving away the service, at least for a month but maybe for good, seems a likely strategy to entice cord-cutters to stick around.

Free streaming does sound good but will Apple’s platform be strong enough to retain those users? It’s hard not to be skeptical. As content makers pull some of their best offerings off established streaming platforms to keep exclusivity on their own upcoming, alternative platforms (looking at you, Disney) it’s hard to imagine them letting Apple have it instead.

After all, it’s not like Netflix was trying to lowball Disney when they originally cut the deal to get Marvel and Star Wars and Disney originals for billions of dollars.

That leaves Apple in a predicament. Apple does carry movies and TV from many studios already but that’s all a la carte, where customers often pay Apple the cost of a month of Netflix streaming to rent a new movie or digitally “own” it. Will Disney continue allowing Star Wars and Marvel movies to be on Apple’s platform if it turns into an all-you-can-eat situation?

If Apple can’t secure that all-important content from third-parties, they may have to go the route of original content. In fact, that seems to be the case already with reports indicating that Apple is spending a billion bucks on first-party content…and it’s not going well. Specifically, a Dr. Dre bio-series that, according to the Wall Street Journal, was killed when Tim Cook deemed it to risque and, therefore, not in line with Apple’s values.

That’s a hard sell in a time when series like Game of Thrones, Westworld and The Handmaid’s Tale – all chock full of violence and sex – are capturing enormous audiences. If Apple thinks an entire streaming service of kid’s shows and This Is Us clones will fly, they’re flirting with disaster.

Even if they give away their streaming service for free to anyone with an Apple device – even if it’s more than a free month – it won’t matter if no one wants to watch their shows.

This may all seem grim but this is Apple and they’re not the kind of company to give up or fail without a fight. In fact, there may be a secret weapon that no one is considering; Steve Jobs. He may have passed away seven years ago but, according to his biography, Jobs had declared that he “cracked” TV towards the end of his life.

TV in this case being the cable companies that are now being ditched en masse for the same streaming platforms Apple has in its crosshairs. If that’s true, it’s been a long time coming for Apple to finally get into the “TV” game but Jobs’ groundwork and Tim Cook picking up his mantle could make it so Apple’s streaming service unseats the current industry leaders.