The bizarre petition started after Heard’s ex Johnny Depp was forced out of “Fantastic Beasts”. 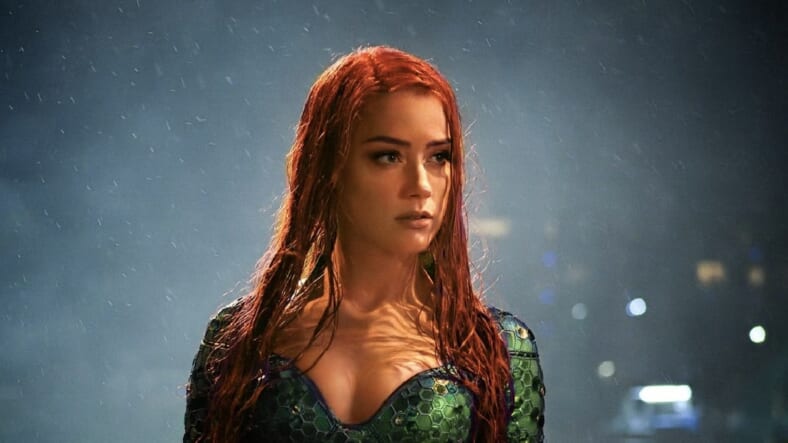 Being a wealthy movie star protects famous folks in many ways but they pay a price in having embarrassing personal business exposed. Johnny Depp and ex Amber Heard could write a book on just how bad that gets at this point–both have likely lost potential work, Depp has left a major production altogether, and now more than 1.5 million people have signed a petition calling for Heard to drop out of Aquaman 2.

Created by Jeanne Larson, the petition crossed the signature milestone after Deadline reported that Mads Mikkelsen will replace Johnny Depp in the latest Fantastic Beasts film and is addressed to executives at both DC Entertainment and Warner Bros. To date the petition has received a total of 1,579,927 signatures, more than half of its targeted 3,000,000 pledges.In the description, Larson justifies petitioners’ calls to Heard from the upcoming DC movie, where she’s set to continue starring as Mera, with claims about Depp and the actress’ relationship.

From claiming Heard is a “known and proven domestic abuser” to accusing the actress of lying, Larson passionately supports the Pirates of the Caribbean star while seeking to persuade signers with claims from the months-long trial.

That “passionately supports” Johnny Depp part lets the reader know that sponsor Jeanne Larson has an aggressively pro-Depp agenda, and writes that “Men are victims of domestic abuse, just like women,” in the petition description.

In a mid-November interview with EW, Amber Heard addressed the petition and rumors that she wasn’t going to return to star with Jason Momoa in the second Aquaman:

“Paid rumors and paid campaigns on social media don’t dictate [casting decisions] because they have no basis in reality,” Heard added. “Only the fans actually made Aquaman and Aquaman 2 happen. I’m excited to get started next year.”

The same interview quoted Heard‘s admissions that she has lost other work from her divorce’s very dirty laundry getting aired in such a public way.

As for Depp, he had to leave Fantastic Beasts after a London judge dismissed a libel suit he’d filed against a UK tabloid for calling him a “wife-beater.” The judge declared that the accusation was “substantially true,” putting legal weight behind such a reputation-destroying allegation.

While Warner Bros. has been quiet regarding Aquaman 2 and production and release dates remain fluid, the sequel is happening regardless, given that Aquaman was the first DC Extended Universe movie to pull in more than a billion dollars.

Patrick Wilson will be back for Aquaman 2 and James Wan is set to direct. It’s slated to premiere sometime in 2022.