‘Aquaman’ Reviews Are In, and Critics Call It Best DC Movie Since ‘The Dark Knight’ 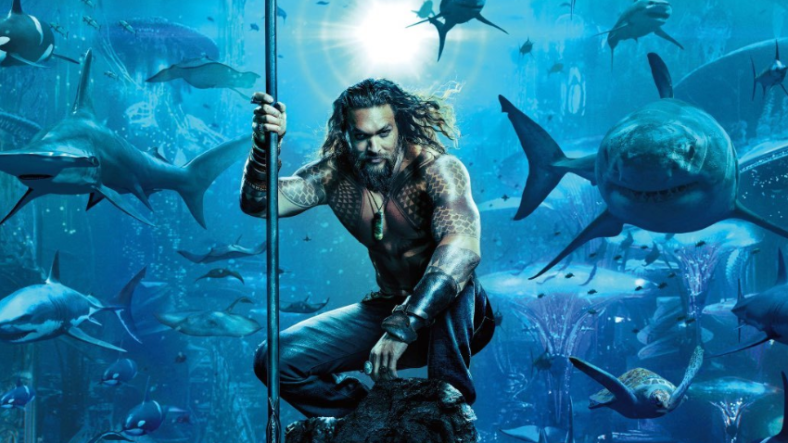 If the critical consensus so far is any indication, Jason Momoa’s Aquaman—which premiered two days ago in London—is the best superhero movie of the year and may well be the future of the DC franchise.

It is, according to IGN movies podcast host Tom Jorgensen, “the best DC movie since The Dark Knight.” That is high praise indeed, because Dark Knight was so good it’s sometimes hard to believe it was actually a DC film.

WB should be handing the DCEU reins to James Wan, he's proven he can, ahem, right the ship. pic.twitter.com/4hjxdmNLDf

An old school DC comics fan might be surprised this movie was made at all; Aquaman was never the most flashy superhero in the Justice League. Due to the efforts of Momoa, Amber Heard, and director James Wan, however, he might rise to the top of the DC crop of “metahumans.”

The tale of the early responses is best told through tweets like the one below from Scott Menzel, founder of The Los Angeles Online Film Critics Society. His reaction was unequivocal.

AQUAMAN is bonkers! Ambitious, campy & so much fun. James Wan embraces the source material by creating a one-of-a-kind superhero origin story that stands out in a sea of other superhero films. It is a relentless visual spectacle that knows what it is & doesn’t hold back. #AQUAMAN pic.twitter.com/RyS1b3ioiE

Germain Lussier from Gizmodo said Aquaman is “a big, fun, wild ride,” and “unabashedly melodramatic and over the top with the largest, most ambitious sense of scale imaginable.”

Aquaman is a big, fun, wild ride. It’s unabashedly melodramatic and over the top with the largest, most ambitious sense of scale imaginable. Parts of it are kind of bad but they are not the majority and, oddly, still fit in with the cartoony tone. 2nd best DCU movie. YEEEAAHH! pic.twitter.com/3GLlK3uQJ3

Writer and director Ben Mekler didn’t pull any punches regarding his love for the movie.

#Aquaman is everything DC fans have been hoping for and more. Rollicking action, an amazing sense of world-building, spellbinding musical numbers in which Aquaman wears clams as tap shoes, and a command performance from Jason Momoa. DC has really righted the ship. The DCEU lives!

Peter Sciretta is a critic who owns Slashfilm. He wasn’t quite as excited as others, but clearly enjoyed the movie anyway.

🔱 #Aquaman is better than expected. Feels like a Marvel phase one movie, in a good way. It’s at its best when it’s having fun and not taking itself too seriously. Black Manta is great villain that comic book fans will love. Some truly spectacular one shots and good action. pic.twitter.com/aTnc1QWk66

In fact, seeing so many excited responses from a variety of people is annoying just because the film isn’t open today.

Full reviews of Aquaman won’t be published till December 11, and audiences will finally get to see if the movie is really that good when it opens nationwide on December 21.