Deer Meat is Coming to an Arby’s Near You 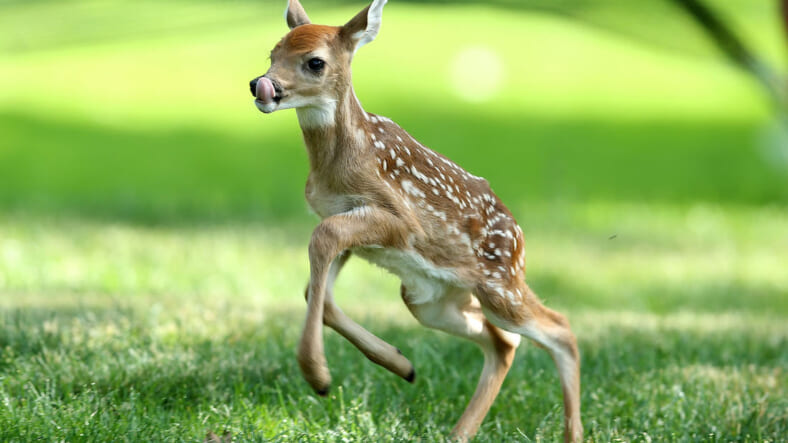 Arby’s, as its trademarked company motto makes known, has the meats. But until now, there was one meat that the curly fry and heavenly roast beef sandwich supplier did not have: deer.

According to USA Today, the thick-cut venison comes from the hind quarter of the deer, and the morsel of buck flesh will be topped with crispy onions and a berry sauce (which I’ll probably get on the side). It’s served on a toasted roll, a change-up from the sesame-seed bun used on the classic roast beef and recently introduced brisket sandwiches.

“Bringing venison to our menu also allows us to continue to set ourselves apart from the competition when it comes to proteins,” Rob Lynch, Arby’s Brand President & Chief Marketing Officer, told USA Today. “You simply can’t find this at other restaurant chains.”

“Deer hunters are going to love this sandwich,” added Lynch, who definitely won’t be getting his deer supply from road kill or anything.

Customers are indeed lapping up their venison sliders. Locations in Nashville and Atlanta reported selling out by lunch, and all the deer at one Minneapolis outpost was devoured in under 15 minutes.

The success could mean deer sandwiches will soon be available in all Arby’s stops nationwide; however, their selling out in a matter of minutes goes against the very fabric of Arby’s. They do not have the meats.