It’s been called “one of the best movies ever made about survival.” 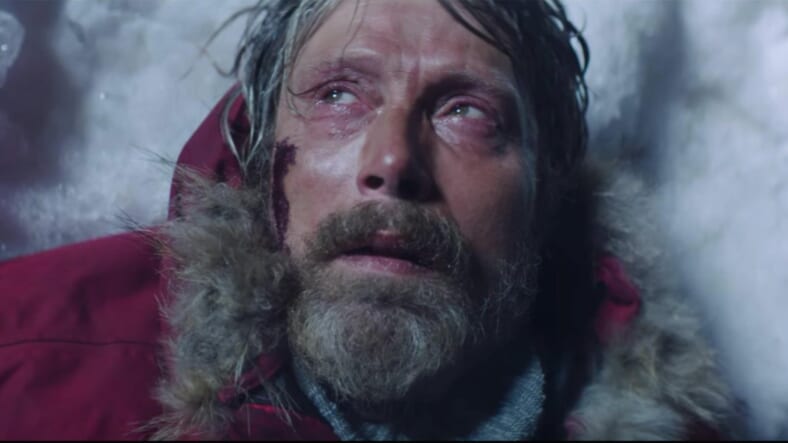 The new clip for the flick, called “one of the best movies ever made about survival” by Indiewire, follows the actor as Overgård, a man stranded by a plane crash in the film’s desolate polar wasteland. Entertainment Weekly has more details:

Though he’s constructed a makeshift camp out of the aircraft’s wreckage, he knows he’s living on borrowed time as he watches a menacing ice storm approach in the distance.

With a fellow (badly injured) survivor in tow, Overgård treks into the frigid unknown for what appears to be a harrowing journey toward survival that includes bouts with sub-zero temperatures, harsh winds, treacherous slopes, and hungry polar bears.Directed by Brazilian director Joe Penna as his debut feature, Arctic held its world premiere to enthusiastic critical reviews at the 2018 Cannes Film Festival, where it premiered in the Midnight section and competed for the prestigious Caméra d’Or prize for first-time filmmakers.

Arctic hits theaters on Feb. 1. Check out the new trailer above.