The ‘IT’ Screenwriter Is Turning Nickelodeon’s ‘Are You Afraid of the Dark?’ Into a Movie

’90s kids, prepare to get spooked. 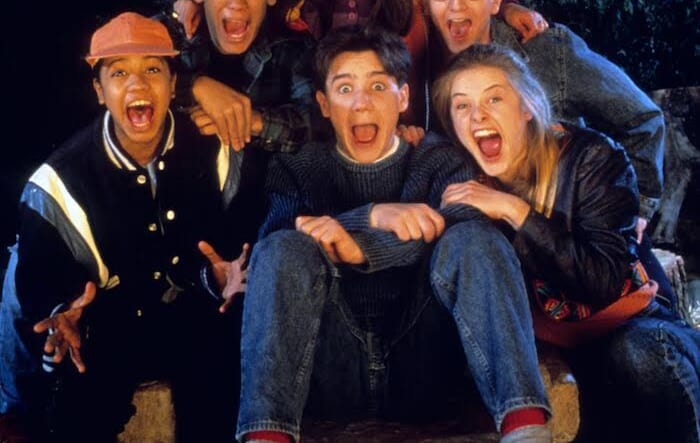 Before millennials had Ryan Murphy’s American Horror Story, they were emotionally scarred as children by Nickelodeon’s Are You Afraid of the Dark?, which was scary as hell when you were five.

The cult Canadian series from the 1990s is now being made into a major movie by Paramount, unearthing old traumas regarding clown dolls and boogeymen hiding in the air vents of high schools.

Even more chilling, the co-writer of the recent IT adaption, Gary Dauberman, is on board and currently developing the screenplay.

As many a ’90s kid will tell you, each episode of Are You Afraid of the Dark? began with a group of teenagers (without curfews) known as “The Midnight Society” gathering around a campfire to tell urban-legend style horror stories. Each episode was a different story.

The series originally aired on Canada’s YTV in 1990 but was later picked up by Nickelodeon in 1992. After scaring off an entire generation of kiddos from the dark, the final episode aired in 2000.

It will be most interesting to see whether Dauberman and the powers that be at Paramount keep the anthology style in tact. It would be a bold creative move to tell multiple stories throughout the movie and perhaps weave them together.

“The show is about the shared experience of telling stories—especially scary ones. We’re going to celebrate that with this movie and honor the darker, scarier tone of the show, which was really groundbreaking for Nickelodeon at the time. I hope the Midnight Society approves,” Dauberman told The Hollywood Reporter.

Dauberman is something of a new powerhouse on the horror scene. Apart from his screenwriting credit in the new IT movie, he also wrote 2017’s hit horror movie Annabelle: Creation.

Now if they could just get IT director Andy Muschietti on board, we’d really, really be pumped.

Tags: 90s Are You Afraid Of The Dark clowns Entertainment horror It movies Nickelodeon TV Shows