“This may not seem like a big deal to some of you but I felt sick and objectified.” 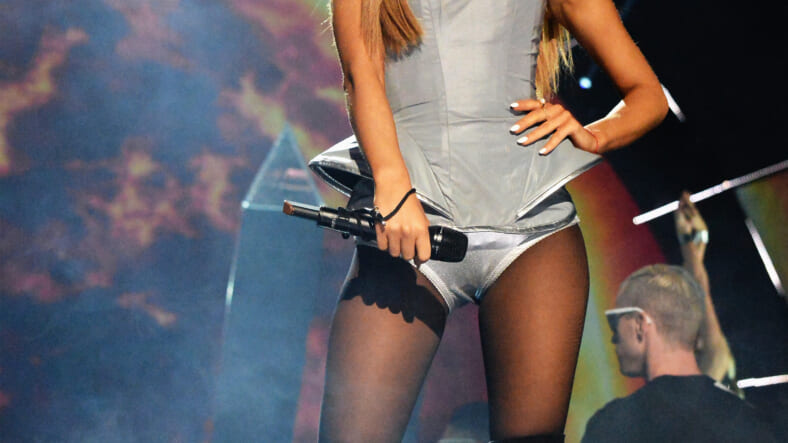 Following an awkward encounter she had with a creepy male fan, pop star Ariana Grande seized the opportunity to make a public statement about the objectification of women Tuesday night via Twitter.

The “Side to Side” singer began by recounting an incident that occurred while she was out with her boyfriend, rapper Mac Miller. According to the story she tweeted, a “young boy” fan of Miller’s excitedly approached the couple’s car and said, “Ariana is sexy as hell man…I see you hitting that!” Not cool, dude.

The 23-year old singer explained that it made her feel “sick and objectified” and used the incident to poignantly urge everyone to be more respectful to women.

“I am not a piece of meat that a man gets to utilize for his pleasure,” she wrote. “I’m an adult human being in a relationship with a man who treats me with love and respect.” We couldn’t agree more.

Grande received and outpouring of support in response to the statement. But among the first to respond was a follower who called the singer “a tad hypocritical” because of Grande’s often sexually-charged lyrics.

With great poise, Grande explained that there is a huge difference between sexual expression and objectification.

that's the thing. women expressing sexuality is often mistaken for "hi come disrespect me!!!!".. & that's just not the case.

women (and men) can express themselves however they'd like !!! even loving sex!! this is not an invitation to be disrespected

by the way i am not fighting w you. it's an important conversation & i'll be as loud as i need to be til people understand. ♡

love you & thank you @alexanderwangny

Shake that loser off, Ariana. You got this.