Ariana Grande and Pete Davidson Are Engaged After Dating a Few Weeks, And Twitter Can’t Handle It

“I’ve had water bottles in my room longer than Ariana Grande and Pete Davidson’s relationship.” 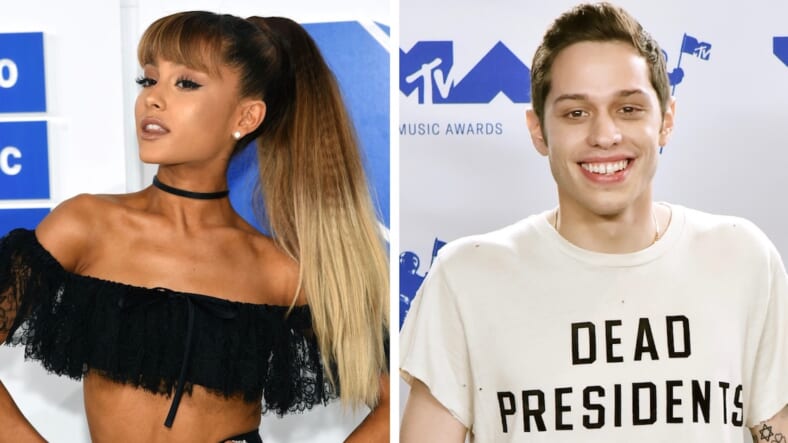 Pop star Ariana Grande and SNL cast member Pete Davidson have only been dating for a few weeks, but they just got engaged.

“They’re just two people who found love quickly and make each other happy all the time. They both started talking about it this past weekend. It’s nothing they’ve been hiding.”

Ariana confirmed the news on Twitter by responding to the well wishes of fans.

There is a lot of speculation she already debuted the engagement ring, after she rocked a giant diamond sparkler while performing at Wango Tango on June 2.

Davidson had already shocked the Internet when he debuted two new tattoos dedicated to his eternal love of a few weeks.

So you can imagine how Twitter is taking the engagement news. Here, the most hilarious stunned responses.

Can't wait for the licking of the wedding cake

Colin Jost is dating Scarlett Johansson and Pete Davidson is dating Ariana Grande and every female comedian is like, "I wonder if I can get this pile of sweatshirts to commit to me."