Ariana Grande and Pete Davidson Just Broke Up, and No One Is Surprised

“It’s not shocking to anyone.” 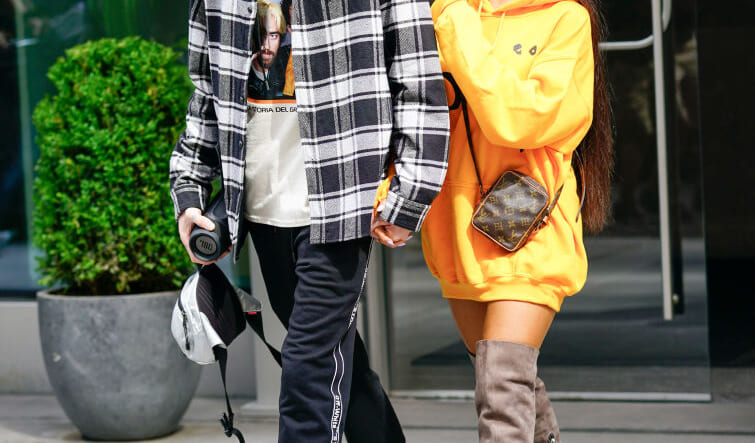 Nine times out of ten it’s a bad idea when a couple gets engaged just a few weeks into their relationship. Such relationships tend to self-destruct sooner or later.

Getting too serious too fast was apparently a poor idea for pop princess Ariana Grande and SNL funnyman Pete Davidson, who reportedly split after being engaged for five months.

The pair compressed about three years of relationship material into a few short months, during which they got engaged, bought a $16 million house together, got a pet pig (why?), and got tattoos for each other.

It looks like they then realized their togetherness wasn’t working and ended it, even though neither of them officially confirmed the split.

But according to TMZ, the two “still have love for each other, but things are over romantically,” and that it “simply wasn’t the right time for their relationship to take off.”

“It was way too much too soon,” an insider added to People. “It’s not shocking to anyone.”

As always, Twitter has a lot of feelings about the breakup:

Everyone rushing on Twitter after finding out Pete Davidson and Ariana Grande broke up. pic.twitter.com/G7mbFXgzFt

How I imagine Pete Davidson’s break up with Ariana Grande went😋😋 pic.twitter.com/9U8WHs05a4

me: eh i don’t care about Ariana Grande and Pete Davidson
TMZ: they broke up
also me: pic.twitter.com/YWjERKZdjX

Pete Davidson and Ariana Grande broke up and now he’s gotta live his life with like 78 tattoos dedicated to her pic.twitter.com/WV0hJHLPKq

ariana grande after she broke up with pete davidson and remembered she has a whole song dedicated to him on her new album pic.twitter.com/CBtBRyOJ8z