A magnum of this stuff costs more than a brand-new Porsche 911. 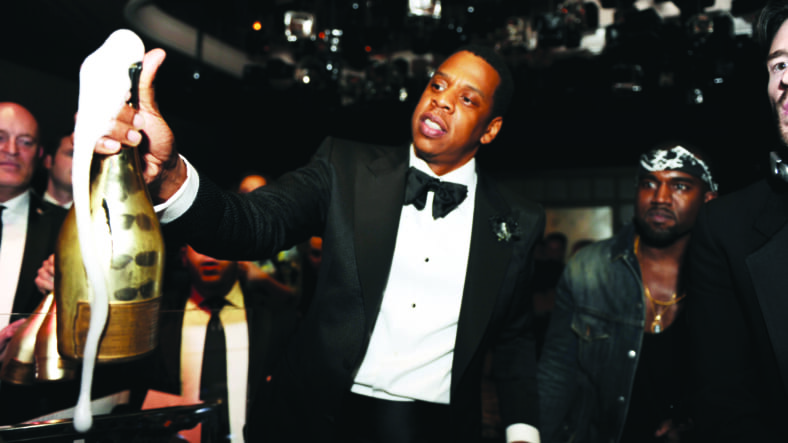 It’s the ultimate nightlife trophy. The gigantic, gold-plated 30-liter Armand de Brignac “Ace of Spades” Brut Gold Midas bottle is fit for the mythical Greek king himself—or at least those hard-partying Masters of the Universe inspired by his opulent legend.

This famed billionaire’s bubbly is typically wheeled out by sparkler-waving nymphs at elite nightclubs like LIV in Miami Beach, where Dallas Mavericks owner Mark Cuban once dropped $110,000 on a single “Ace of Spades” Midas bottle—that’s $90,000 plus a $20,000 tip—to celebrate his team winning the NBA championship in 2011.

Despite the Champagne costing more than a new Porsche 911 or Jaguar F-Type, Cuban later confirmed that giving it away to fellow LIV revelers was “worth every penny.” Jay Z went one step further—he loved Armand so much, he decided to buy the whole company, making an offer they “simply couldn’t refuse.” (Some reports put the undisclosed sum at nearly $200 million.)

For those who prefer to indulge beyond the confines of price-gouging club banquettes, Armand more recently unveiled its Blanc de Noirs line, which comes in a more modestly sized 750ml bottle and costs $850.

Painstakingly crafted with grapes from the best pinot noir villages of Champagne, including Verzenay and Chigny-les-Roses, the blancs are aged for at least six years before being offered to the public in all their fizzy glory. The 10-year-old brand is releasing just 3,000 bottles this year globally.

It may not come with sparklers or a shout-out from the DJ booth, but the luxe limited edition makes a fine accompaniment to any discerning Champagne collector’s cellar.