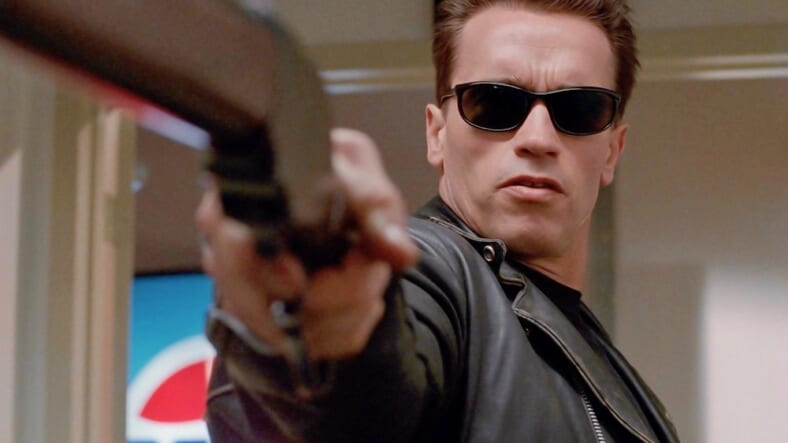 Production on the upcoming Terminator reboot, colloquially Terminator 6, kicked off in June, and there are already images circulating of Linda Hamilton back in action.

No leaked set photos have emerged of Arnold Schwarzenegger, but—true to his word—he’s back!

In a video addressed to Prime Minister of Fiji Frank Bainimarama, the 71-year-old legend revealed he could not attend his Climate Action Pacific Partnership (CAPP) conference in Fiji as he was busy filming.

“Prime Minister Frank Bainimarama, I want to congratulate you for this great event, and I’m sorry I cannot be with you, but I’m currently shooting Terminator 6 and so this is why I’m not there,” Schwarzenegger said.

“Otherwise, I would have been there because this is a terrific event and you have shown terrific leadership.”