Take on a mission of murder in Ancient Greece. 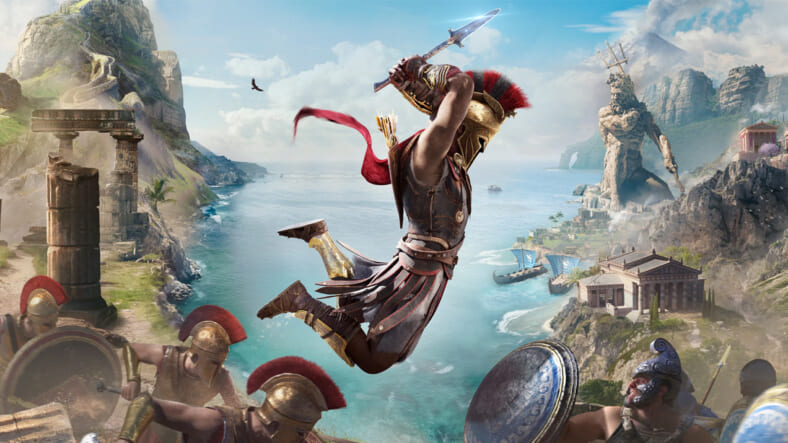 Assassin’s Creed has taken its wall-scaling, stealth-murdering formula all over history, from ancient Egypt to colonial America. Assassin’s Creed Odyssey heads to Greece for the latest history lesson in the series, and it is a tour de force, barreling through everything ancient Greece has to offer, including Spartan kicking mythological creatures.

Odyssey isn’t the first Assassin’s Creed game to dabble in the supernatural. After all, the series began with the pursuit of a mystical relic, and it kept that the focus until AC3.

Odyssey departs from the series by including history and mythology where previous games stuck to the former. That’s not a complaint—anyone critical of a battle with Medusa is missing the fun and missing the point.

The plot alone may not engage everyone. AC Odyssey attempts to make up for this in other ways: a choice of a male or female protagonist, a back story that the player’s character is descended from the legendary Spartan chief Leonidas, and ample dialogue choices along the way which affects the outcome of the story. The end result is a decently gripping series of twists and a more than passable reason to interact with a fascinating period in history.

Greece is truly a star here, providing Odyssey with sweeping vistas and a surprising sense of verticality, great for the climbing and high-diving that have become a badge of the AC series. More than that, the city-states that actually made up ancient Greece are part of the game and lend some credibility to Odyssey’s naval elements.

After all, there wouldn’t be a game named Assassin’s Creed Odyssey if Odysseus himself hadn’t spent half a lifetime at sea.

AC Odyssey may not be breaking ground in terms of gameplay but there’s no such thing as too much of a good thing. If the roof-running, throat-slitting stealth, boat-fighting and plot-winding have thrilled players in the past, there’s plenty more of it here.

Odyssey plays exceptionally well, benefitting from the recent additions of an adrenaline meter and skill trees that level characters into the precise kind of killer that best suits playing style. Much of this was introduced in last year’s AC Origins and it’s a good bet they’ll be integrated into future games. The real question is, where and what era will play host to the next adventure in the series?