Prepare to geek out on more than 200 classic games. 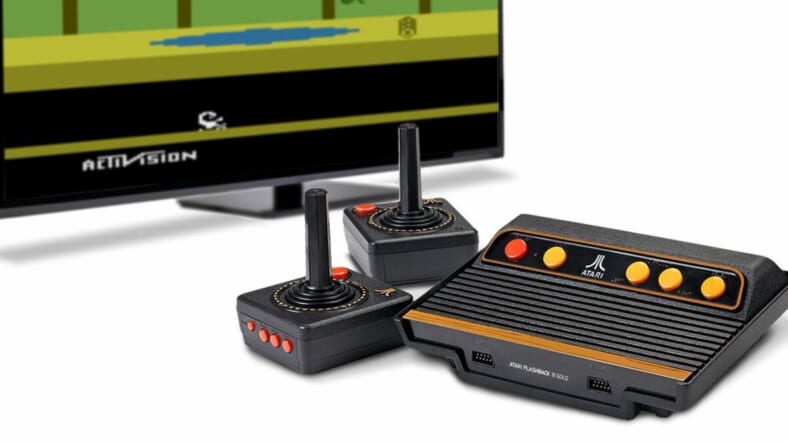 This seems to be the year of retro gaming, as revamped versions of the Atari 2600 and the Sega Genesis have been announced by console manufacturer AtGames.

Sure, it’s definitely a ploy to cash in on the wild hype created by Nintendo’s NES and SNES re-releases, but that doesn’t mean we’re any less pumped.

The Sega Genesis Flashback, the latest plug-and-play version of Sega’s most iconic console, will retail for $80 when it releases. The system comes pre-loaded with a selection of 85 games, including those from classic series such as Mortal Kombat, Shining Force, and Phantasy Star. The console also features a cartridge port that allows you to play “almost all” original Genesis cartridges, two ports for wired controllers, as well as a slew of modern amenities, including two wireless Genesis-style controllers, 720p HDMI output, and a save/pause/rewind feature for every game.

The Atari Flashback 8 Gold likewise retails for $80, but this console comes pre-loaded with 120 titles, including Pitfall, Space Invaders, and Frogger.  Two wireless Atari 2600-style controllers are also included with the console, with an additional two ports for wired ones. It also supports 720p HDMI output and features scanline filtering and the ability to save/pause/rewind for every title.

You can pre-order both at all major retailers beginning July 28, but you’ll have to wait until they ship in September to binge on all the awesome throwback titles. See the press releases below for the full list of games:

See you in front of the TV!