First Official ‘Avengers 4’ Synopsis Released, Warns ‘Sacrifices Must Be Made’

Who gets out alive? 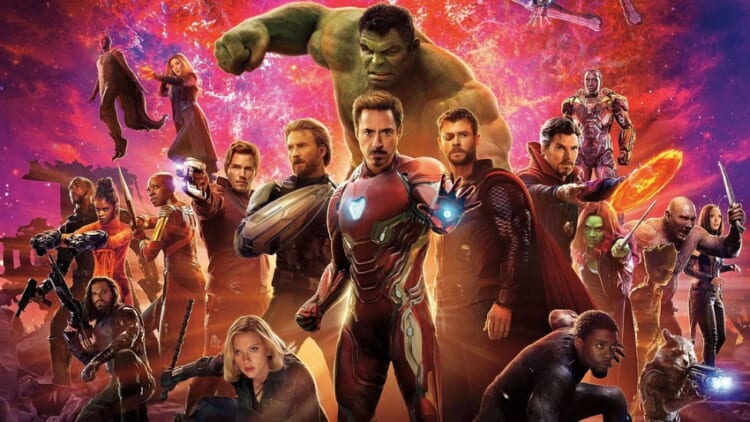 Avengers: Infinity War is still a box office monster. As more fans watch and see the downbeat ending, however, interest in the next movie — let’s call it Avengers 4 — increases daily.

Marvel has released a brief synopsis of the fourth movie in the franchise, and it’s annoyingly concise.

In case the tweet goes bye-bye, here it is, per Hypebeast and License Global:

A culmination of 22 interconnected films the fourth installment of the Avengers saga will draw audiences to witness the turning point of this epic journey. Our beloved heroes will truly understand how fragile this reality is and the sacrifices that must be made to uphold it.

Let’s be real nerds and try and pick it apart.

Describing it as a culmination of the preceding 22 films means everything is up for grabs. Characters who didn’t (SPOILER ALERT) appear to bite the big one at the end of Infinity War may be back, and for all we know, tasked with saving reality.

Because that’s the other thing: The “beloved heroes” have to come to grips with the fragility of reality. Which tells us two things: There are definitely some heroes alive and fighting in Avengers 4, and something is wonky where reality is concerned. Parallel universes? Time travel weirdness? Could be anything.

Altering time or the timeline would, plot-wise, be one of the only ways to even half-plausibly align the next movie with events of Infinity War.

Hypebeast speculates that this movie will “see the formation of the Illuminati, a small group of prominent Marvel Comics heroes” including “Doctor Strange, Iron Man, Professor X, Black Bolt, Namor, and Mister Fantastic.” They don’t do much within the Marvel Universe, though, just maintain order throughout all creation.

So we know something, and we have guesses. The internet is splitting at the seams with Marvel fans trying to figure it out.

First plot synopsis of Avengers 4 is vague, BUT the part about making “sacrifices” certainly sounds like some of the original Avengers might be literally trading lives to get back The Dusted. pic.twitter.com/oeeLBO23aT

Just reading this early synopsis gave me chills. The part that stood out is 22 films. The way Marvel pulled off their Cinematic Universe, captivating the general audience the whole way, is such an achievement.

Avengers 4 will really cap off an incredible era of Marvel films. https://t.co/N0MIMvWtDD

The Avengers 4 synopsis came out & I’m already scared for this film pic.twitter.com/jY7SQCcetd

For now, everyone just needs to calm down. We’ll find out just what the hell is really going on when Avengers 4: Electric Boogaloo (we made that up but it would be awesome) is in theaters on May 3, 2019.