“Some people move on, but not us.” 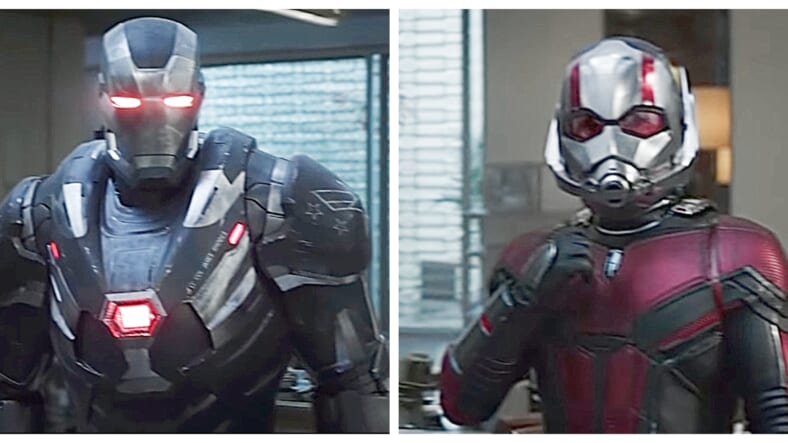 We’ve already seen a solid trailer for Avengers: Endgame, but a Super Bowl TV spot is irresistible for anyone who has the money. So viewers suffering through the grind that was Super Bowl LIII were treated to a new teaser, one that raised as many questions as the trailer before it.

One thing seems true: in a grim universe partially de-populated by Thanos’ snap at the end of Infinity War, there appear to be enough Avengers left—like Thor (Chris Hemsworth), Don Cheadle’s War Machine, and Paul Rudd’s Ant-Man—to do some damage.

The spot begins by reminding us that nothing is the same. Fifty-percent of the life in the universe has been pixelated away. Captain America—Chris Evans—is apparently in mourning and in a grim state of mind, as is Scarlett Johansson’s Black Widow. But there are still Avengers left, like Jeremy Renner’s Hawkeye; though it looks like he’s not necessarily the arrow-slinging good guy he once was.

The synopsis of Endgame doesn’t really tell what the final outcome of that game will be, though:

Adrift in space with no food or water, Tony Stark sends a message to Pepper Potts as his oxygen supply starts to dwindle. Meanwhile, the remaining Avengers — Thor, Black Widow, Captain America and Bruce Banner — must figure out a way to bring back their vanquished allies for an epic showdown with Thanos — the evil demigod who decimated the planet and the universe.

There’s going to be another big battle, basically, and we can predict the outcome to some degree: Marvel fans would abandon the franchise entirely if the ending wasn’t basically a happy one.

That said, it still isn’t clear which Avengers are gone forever (okay, sad final words to Tony Stark notwithstanding, it seems a done deal that Tom Holland’s Spider-Man will end up intact) and which ones will find their way back home again.

Anxious Marvel fans find out when Avengers: Endgame hits theaters on May 3.