The late DJ/producer is still dropping bangers from beyond. 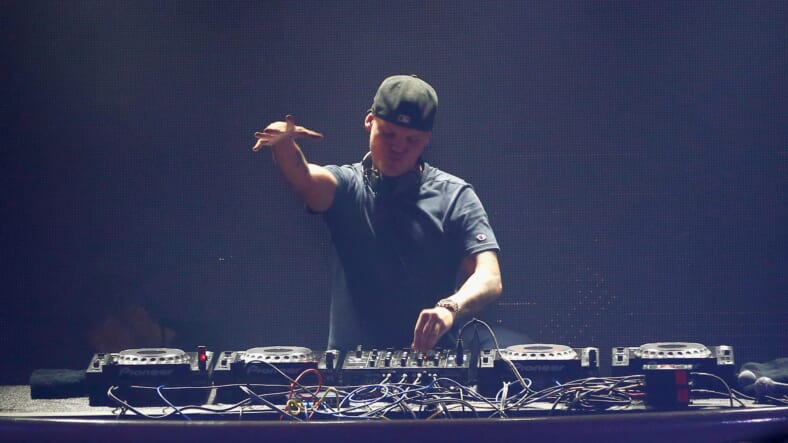 Avicci, the superstar DJ and producer who tragically died last April at 28, could have another hit with the release of his first posthumous track “SOS’ featuring Aloe Blacc.

In the first song from Avicci’s upcoming album Tim, out June 6, the song also comes with a music video saluting the late artist who was born Tim Bergling.

It definitely has the makings of a poppy EDM-charged club banger, and Rolling Stone approves as well:

The track boasts a lithe pop groove made out of synths that twist and tumble atop a beat of crisp drums.

Though the song features a quintessential EDM build, there’s something poignant and understated about its apex as Blacc sings, “I can feel your touch picking me up from the underground/And I don’t need my drugs, we could be more than just part time lovers.”

“I feel like ‘SOS’ was a song that was probably ahead of its time for when he wrote it,” Blacc said in a statement.

“He wrote these lyrics obviously about some of his battles and I think it’s a really important topic to approach and to share, especially with his visibility and his access to ears and hearts. To give people the words to be able to say ’I need help.’”

Listen to the new track and watch the tribute video above.