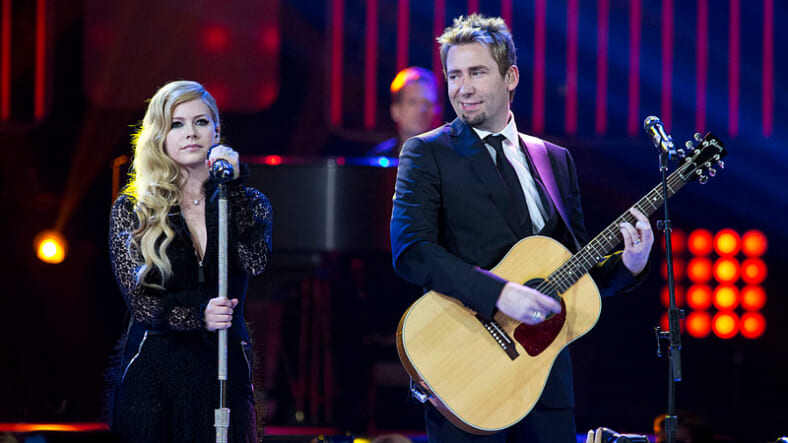 On Thursday, 32-year old singer Avril Lavigne expressed her dislike for Facebook chief Mark Zuckerberg’s very public jab at Nickelback, the formerly popular Canadian rock band which have been a designated pop culture punchline for what seems like forever. The diss came in the form of a video Zuckerberg created (see below) to show off the new artificial intelligence system he suuposedly coded, called Jarvis (a la Iron Man) and voiced by Oscar-winner Morgan Freeman.

After showing off all sorts of other cool home automation features, seventy-four seconds into the video, Zuckerberg asks Jarvis to play him “some good Nickelback songs.” Jarvis replies (in an obvious reference to 2001: A Space Odyssey), “I’m sorry, Mark. I’m afraid I can’t do that. There are no good Nickelback songs.” Ouch!“When you have a voice like yours, you may want to consider being more responsible with promoting bullying,” Lavigne retorted in a scathing but fairly tame tweet. No big surprise that she’d come to the defense of the band, since Chad Kroeger (their lead singer) is her on-again, off-again husband. And point well taken about Zuck’s reach, given that the video already has over 23 million views.

The part that bothers us most about the video isn’t the Nickelback burn. (Take them or leave them.) It’s the fact that Morgan Freeman sounds voiced over, as opposed to coming through actual speakers throughout the Zuckerberg residence.Frustratingly, that means we’re not really one step closer to barking commands and getting immediate, intelligent responses throughout our own homes. But maybe someday soon we’ll be able to control everything with our voices. And we know just the machines we’ll order around first.