From Controversial Booty Anthem to Pop Culture Staple: ‘Baby Got Back’ Turns 25 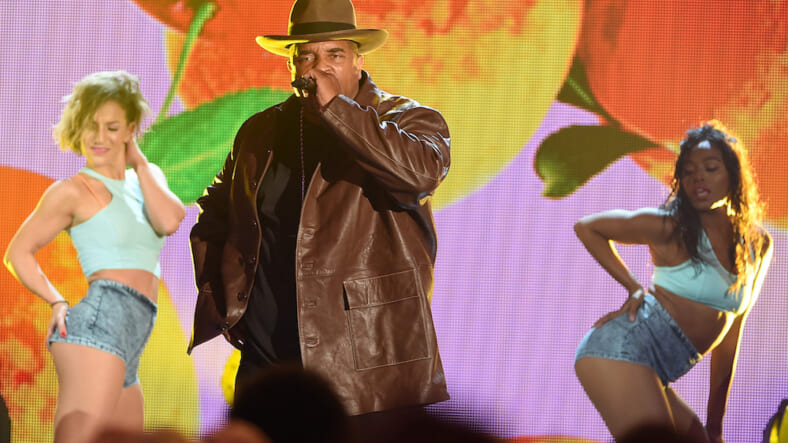 Twenty-five years ago this week, a successful indie rapper with a love of fat asses released a song with a straightforward message: Big butts good, little butts bad.

It hardly seems like a revolutionary idea today, but at the time Sir Mix-a-Lot’s big booty anthem, “Baby Got Back,” was pushing an idea of beauty that was virtually absent from mainstream pop culture.

“I was so sick of that shit,” Sir Mix-a-Lot told Vulture in 2013, explaining his desire to promote a female form unlike the women who were “shaped like a stop sign, with big hair [and] straight up-and-down bird legs.”

“The song doesn’t just say I like large butts, you know?,” he told Spin in 1992. “The song is talking about women who damn near kill themselves to try to look like these beanpole models that you see in Vogue magazine.”

Twenty-two years after he released the song, 2014 would be declared the “Year of the Booty.” Mix was way ahead of his time.

But the song is only part of the reason why people are still singing, parodying and referencing this mega-hit a quarter century later. The rest of the credit belongs to the video, a surrealist portrait of ass worship that features healthy women dancing on a giant butt. It was deemed too sexually explicit for daytime airplay on MTV and was even briefly banned by the network.

That controversy was a godsend and by the end of 1992, “Baby Got Back” was the number-two single of the year, behind the decidedly more earnest “I Will Always Love You,” by Whitney Houston.

In the two-and-a-half decades since it was released, “Baby Got Back” has remained a staple of the cultural zeitgeist. It’s been referenced by Sponge Bob, Friends and Nicki Minaj, among many others.

Last year, Blake Lively even sparked a social media furor by referencing the song (“LA face and an Oakland booty”) in the caption of an Instagram pic of herself on the red carpet.

And just to illustrate how far society’s sensitivity to big butts has come, the song was performed in last year’s animated kids movie Sing by some ass-shaking rabbits. Now that’s progress.

Tags: Baby Got Back Sir Mix-A-Lot