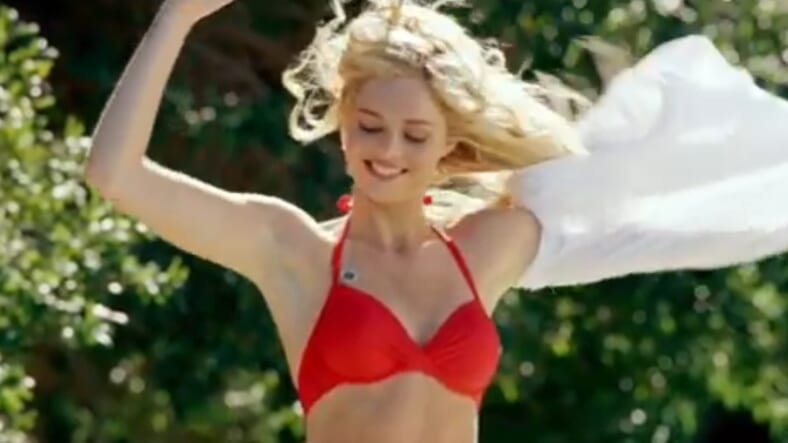 The trailer for Netflix’s upcoming The Babysitter shows every boy’s dream turned into a darkly comedic nightmare.

A dweeby teenager is left alone for a night with his babysitter, who just happens to be a gorgeous blonde straight out of Baywatch.

There’s always a but: Said smokeshow turns out to be a cult leader, inviting over her devotees for a blood sacrifice.

As Bella Thorne—who plays a feisty cheerleader who sadly gets shot in the boob at the end of the trailer—puts it, it’s a sacrificial cult but “with hot people.”

The Babysitter, which is directed by McG of the Charlie’s Angels franchise, hits Netflix October, Friday the 13th.