“My first day on set was sex in the Christmas tree lot.” 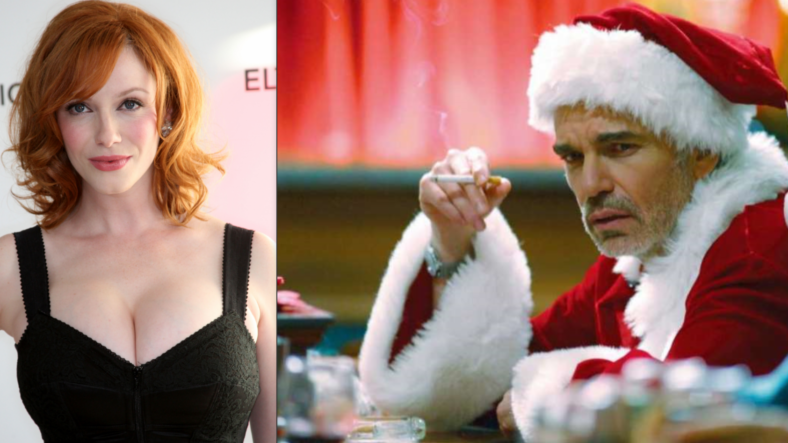 In this exclusive—and extra-raunchy—red band featurette for Bad Santa 2, the film’s stars give us a behind-the-scenes look at this winter’s most debauched holiday movie.

Actress Christina Hendricks, whose character runs the Christmas charity the Bad Santa crew tries to rip-off, apparently had quite a first day of filming. “My first day on set was sex in the Christmas tree lot,” she recalls. “It’s a great way to break the ice, I highly recommend it.” Duly noted.

Ryan Hansen, who plays Hendricks’ husband and co-manger of the Christmas charity, gives a near-perfect description of Bad Santa 2 as he says, “This movie is 100% golden raunch, hard “R” Christmas fun for almost the whole family.”

“Almost the whole family” is probably a tad generous, given the hilariously explicit nature of both red band trailers and this clip. Nevertheless, you’ll definitely want to check out this greed-and-whiskey-fueled black comedy while it’s still on the big screen.