This is truly disgusting. 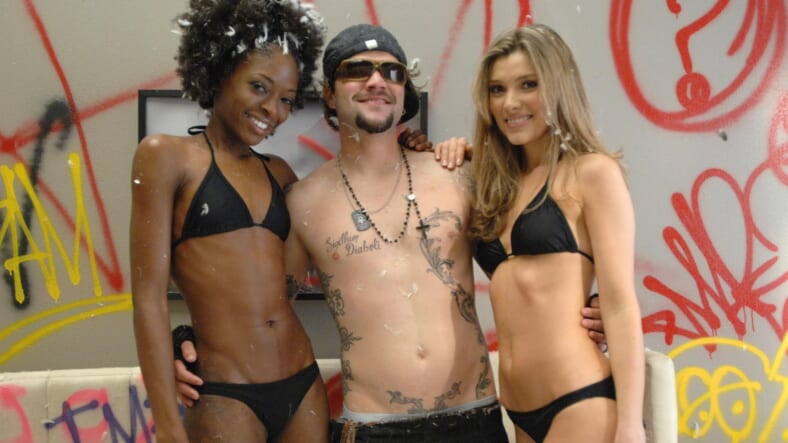 As a former pro skater and cast member of MTV’s Jackass, Bam Margera has lived an absolutely insane life.

In an interview with Jenkem magazine, the 37-year-old wild man opened up about his decision to finally return to skating after undergoing treatment for painful bone spurs in his feet.

But while Margera was reminiscing about his days touring with the Jackass crew, he shared this hilariously disgusting anecdote about an encounter with a groupie.

“I did one signing where I ate somethin’ with a bunch of tomatoes in it right before. We did the signing and I was sipping on Coronas. I guess I drank too much and I threw up this mix of Corona and tomatoes. Right afterwards this fucking hot chick jumped out of the line and sucked it all up. It wasn’t a Jackass stunt, it was like, I want Bam’s throw up in my body! It was fucking weird. That was the gnarliest thing, and she was cute too and that was more mind boggling. She sucked up my throw up not as a dare, she just did it because she wanted it inside of her.”

Margera also talked with the mag about his snap decision to buy his first skateboard in 20 years and head to Barcelona for two months and film skate parks. By the looks of the impressive line below, it looks like Bam hasn’t lost his touch.