Has the world’s most mysterious street artist finally been revealed? 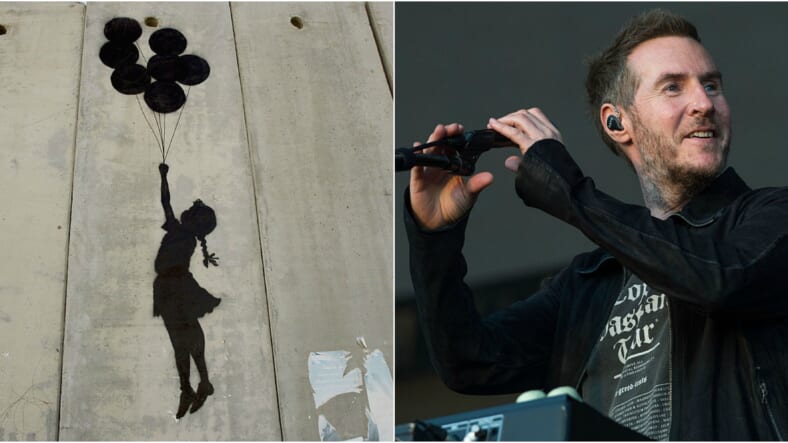 There have been so many supposed unmaskings of Banksy, that we barely raise an eyebrow every time an alleged new revelation makes headlines.

But the latest news comes from a source believed to be very close to the legendarily anonymous graffiti artist.

In a podcast interview, British DJ Goldie, a former graffitist himself, may have accidentally let the real first name of Banksy drop while discussing the state of street art.

“Give me a bubble letter and put it on a T-shirt and write ‘Banksy’ on it, and we’re sorted. We can sell it now. No disrespect to Robert, I think he is a brilliant artist. I think he has flipped the world of art over.”

Everyone’s best guess is that he’s referring to Robert Del Naja of the British trip-hop group Massive Attack, which supplied the gritty theme song for the TV series House.

The reason for the speculation is that both are known to be friends and both grew up in Bristol, England in the 1980s.

This actually backs up an existing theory. Fingers were already pointed at Robert Del Naja when clever Banksy followers connected the dots that Banksy art kept cropped up wherever Massive Attack was performing.

It’s still speculation, but there’s a strong case to be made that Robert Del Naja could truly be behind Banksy’s iconic, politically-subversive images.