L.A. Just Lit a Bat-Signal on City Hall to Honor ‘Batman’ Star Adam West, And We Have All the Feels 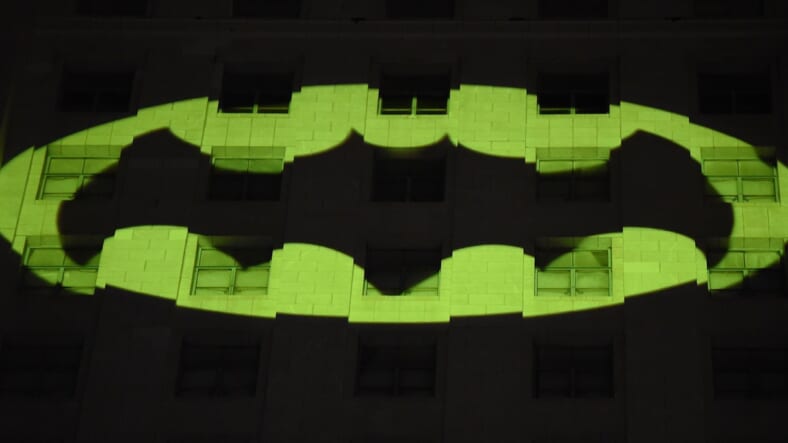 L.A. City Hall lit a “bat-signal” on its tower in honor of the late Batman star, who died on June 9 at the age of 88.

In a flash, the City of Angels looked a bit more like Gotham City.

West’s co-star, Robin actor Burt Ward, gave a speech in honor of his fallen friend, though he omitted the details of his and West’s 1960’s sexual depravity.

“My friend Adam would want every single one of you to be incredibly happy and to be joyous because he spent his entire life as a performer, making people happy, making them laugh and trying to make this world a better place,” Ward told a crowd of hundreds.

Shortly after the yellow-and-black signal began to shine over Los Angeles, Mayor Eric Garcetti led the crowd in a rendition of the show’s recognizable theme song.