Paris Concert Hall The Bataclan To Reopen By End Of Year

The site of the deadly terror attacks has been closed since last November. 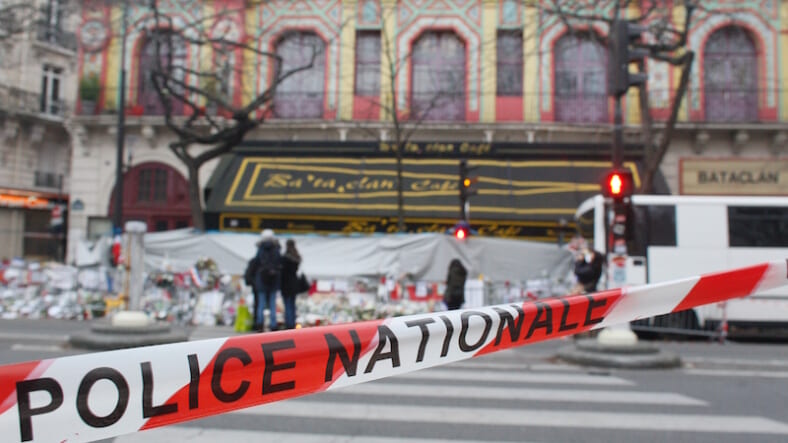 On November 13, 2015, a van of murderous Islamic extremists unloaded outside of the Bataclan music venue in Paris—and later killed 89 people in a bloody terrorist massacre that left the world stunned.

The famed rock club, which was hosting the band Eagles of Death Metal that night, has been understandably closed since the attacks but now word is spreading that they may be reopening by the end of this year. In a statement given by the venue’s owners today they said “we’ll do our best to host events before the end of 2016.”

The last post made on the venue’s official Facebook page (at of the time of this post) was on November 20, 2015 – but anyone interested in further updates can keep an eye on it for more news as things progress.

Not sure how festive of a night anyone could expect to have there now, but it’s good to see that things are getting back to normal in Paris.