Hope he brought a change of underwear. 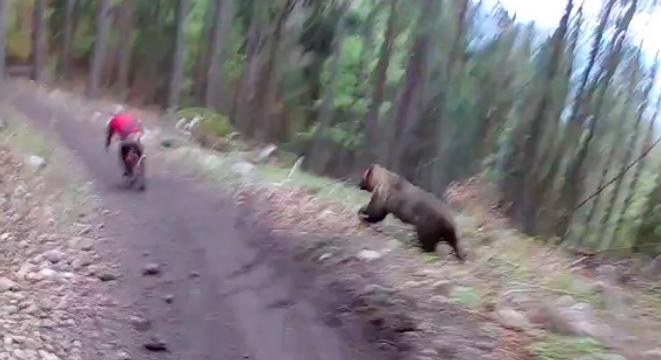 We all know bears are scary. But they’re way more frightening when they chase your bike like a dog running after a damn skateboard.

Just check out this viral video, which has already racked up more than 1 million views on YouTube, of a massive brown bear tearing after a mountain biker riding trails through a park in Slovakia.

A camera mounted on the bike catches the bear running out of the woods to chase the biker ahead of him, before losing steam and turning back into the wilderness.

Does a bear shit in the woods? Absolutely, but we bet this dude who was getting chased by one did, too.