“We morphed from making fun of party bros to actually becoming those dudes.” 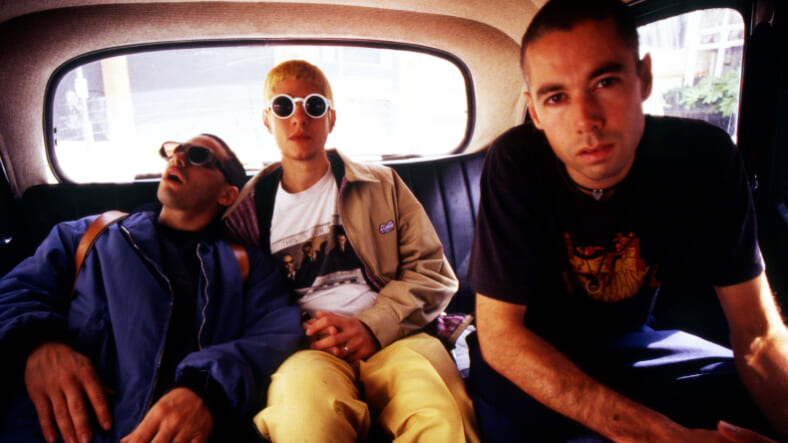 Beastie Boys Mike Diamond and Adam Horovitz have a little story that they’d like to tell about their legendary band’s 40 years of friendship in Beastie Boys Story, a “live documentary experience” directed by their longtime collaborator Spike Jonze.

The doc will premiere on the 26th anniversary of the release of Beastie Boys’ chart-topping 1994 album, Ill Communication, and reunites Beastie Boys with Jonze more than 25 years after he directed the classic music video for the album’s hit single, “Sabotage.”

“We went from being famous in a 14 block radius to being on tour with Madonna and Rick Rubin,” Diamond says in the trailer about the band’s early days. “We morphed from making fun of party bros to actually becoming those dudes.”

“The shows kept getting bigger and bigger. We were burning out,” adds Horovitz of the band’s early Licensed To Ill period, before the band rebooted their hard-partying image and sound with a series of groundbreaking albums.

There’s also a tender tribute in the trailer to late Beastie Adam Yauch, who Horovitz calls the band’s “driving force.”

“It’s not as if it all of it was easy or highlight-filled, but who gets to work every day with their two best friends?” Diamond asks.

The documentary project grew out of Adam’s and Mike’s collaboration on their bestselling Beastie Boys Book, which is an absolute must read (or must-listen if you’re into audio books) for any diehard Beasties fan.