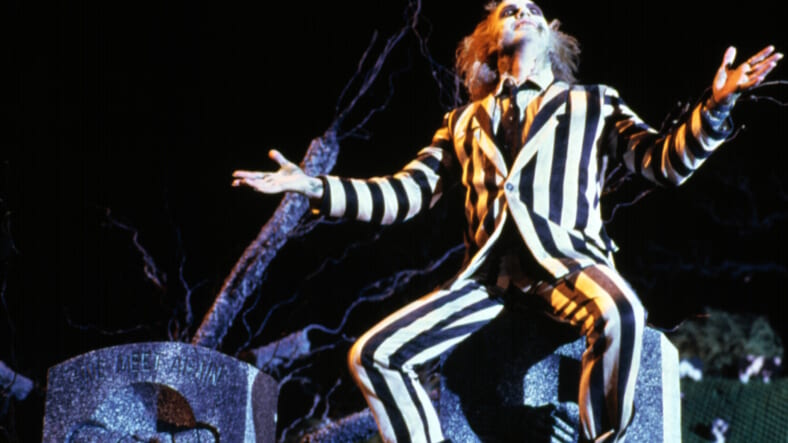 UPDATE: Tim Burton has denied he ever confirmed a greenlit Beetlejuice sequel to Showbiz Spy. His representative told MTV News that he never gave them a statement at all, and that Beetlejuice 2 is not currently in development. Attention under the radar movie blogs: Maybe don’t just invent quotes.

Just as we’re hitting peak nostalgia in preparation for Ghostbusters 2, another monster movie of the eighties is officially gearing up for a sequel — we *think.*

Tim Burton himself has reportedly confirmed rumors that a Beetlejuice 2 is in the works to the movie rumor site Showbiz Spy. Kind of a curious choice for the big announcement, but maybe Deadline or Variety didn’t think to ask. They even have a quote — look!

“The film is a go and has been approved by the Warner Bros. team, we have talked with the cast members we wanted for the film and they are all on board, this includes both Winona (Ryder) and Michael (Keaton). We have the script in hand everything is in place all we need to do now is get ready to start filming.”

I mean, this has to be real. The premise is ripe for revisiting in today’s real-estate obsessed culture: Beetlejuice turned the typical haunted house story on its head, as the ghosts who had been happily haunting a home hired a “bio-exorcist” to get rid of their new, bougie tenants.

As Screenrant pointed out, Warner Bros. may have been motivated by the impressive career resurgence of Michael Keaton, who starred in the Oscar Best Picture winner (Birdman, Spotlight) two years in a row. And of course, who wouldn’t want to see Winona Ryder reprise one of her most memorable roles? There is never enough Winona Ryder.