Watch The Seriously Violent New Trailer for ‘The Belko Experiment’

The thriller is about a company that forces its employees to kill each other. 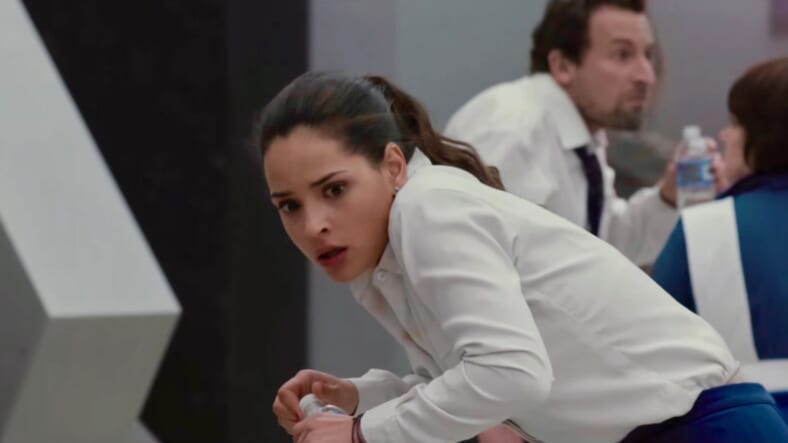 Some of the best films operate under a simple premise: guy meets girl or, perhaps, an office building full of competitive white-collar workers are forced to kill one another in a grisly fight to the death.

That twisted scenario is the premise of The Belko Effect, which just debuted its first trailer (see above).

As if the plot wasn’t already deranged enough, the trailer reveals even grimmer details. After being locked in the building by steel metal doors, co-workers are told by a steely intercom voice that if they don’t slaughter a certain number of their own in a limited span of time, then twice of many of them will be offed by way of exploding devices implanted in their heads.

Some hesitate, but others quickly form brutal allegiances and turn violent.

Written by James Gunn (Guardians of the Galaxy) and directed by Greg McLean (Wolf Creek), the film already debuted at the Toronto International Film Festival, where it was enthusiastically received as “Battle Royale meets Office Space” and promptly picked up for distribution.

See The Belko Effect when it premieres in theaters on March 17, 2017.