This is the first new ‘Amityville’ film since 2005. 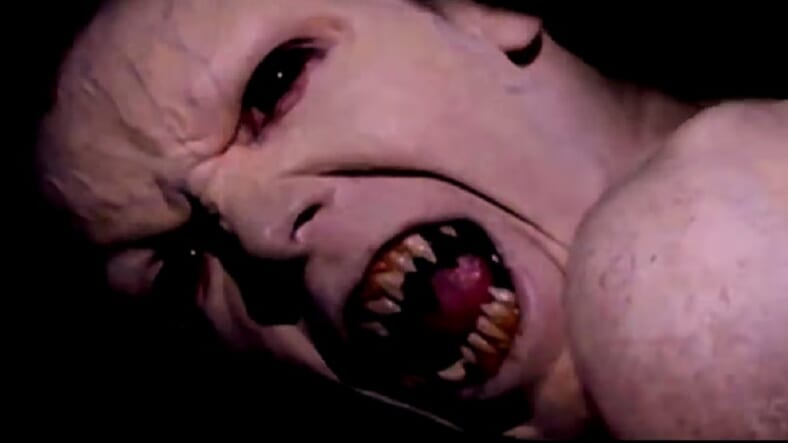 Amityville: The Awakening isn’t exactly a new film. It has had a long and winding road to the screen, one that began in 2012, when it was titled Amityville: The Lost Tapes and written as a found footage (Blair Witch-style) screamer. The movie has been set to release a few times since only to undergo re-edits, new footage… you name it. It looks like it’s finally ready to go, and if the trailer is any indication, it has plenty of good jump scares and creepiness to go around.

This—the first Amityville film since the 2005 movie starring Ryan Reynolds—stars Bella Thorne as Belle, a high school student who with her single mom, semi-comatose twin brother and little sister move into the legendarily cursed home on Ocean Drive in Amityville, New York. Then, according to the fuller synopsis on IMDB, “strange phenomena begin to occur in the house including the miraculous recovery of her brother.”

Naturally, “Belle begins to suspect her Mother isn’t telling her everything and soon realizes they just moved into the infamous Amityville house.” In other words: shit gets unreal.

The trailer promises some decent moments of skin-crawling horror along with, admittedly, maybe some cheesy-ass dialogue. Which if we’re being honest tends to be par for the course for a lot of horror movies.

While the family who originally claimed the house was haunted long ago recanted the story, it’s a fact that a horrific mass murder did happen in the Amityville home, and the real story is terrifying in its own right, just not in a supernatural way.

Still, the Amityville legend that’s been built up since the 1979 film starring James Brolin makes great nightmare fuel, and this looks like serious summer horror fun.

Amityville: The Awakening creeps into theaters on June 30, 2017.