Some reviews of Affleck’s “Justice League” Caped Crusader have been absolutely brutal. 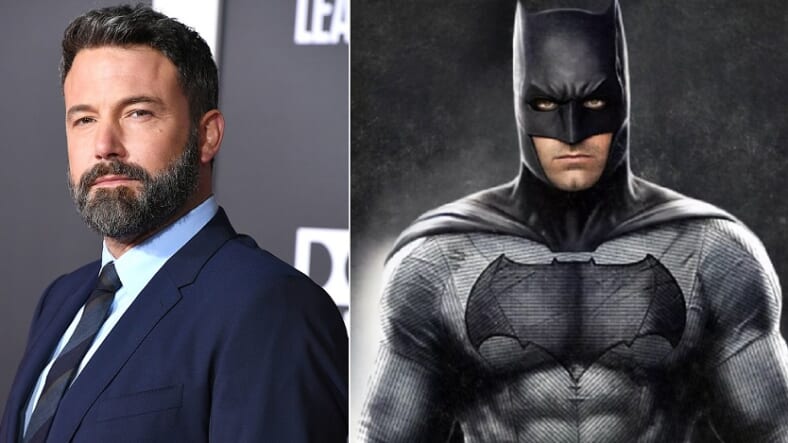 Ben Affleck has never had a comfortable relationship with playing Batman. Now it looks like he’s cooking up a strategy to gracefully exit the role—or as he put it in a report about Justice League in USA Today—leave in a “cool way.”

Affleck revealed how he felt after he was asked about a new Batman movie that’s currently in development.

He said he’s “contemplating” the next flick, and that you don’t want to do iconic superhero roles like this “forever.”

“So,” he continued, “I want to find a graceful and cool way to segue out of it.”

While Justice League  isn’t in theaters just yet, the early reviews may be just mixed enough to goose Affleck to go, even if he can’t find a smooth way out. EW, for example, called the movie “a pretty steep comedown from the giddy highs of Wonder Woman.”

The Hollywood Reporter said that the “increasingly turgid tales of Batman and Superman — joined, unfortunately for her, by Wonder Woman — trudge along to ever-diminishing returns in” Justice League.

Most brutal of all was the Guardian’s assessment of Affleck’s performance in particular:

Really, Affleck spreads a pall of dullness over the film. He doesn’t have the implacable, steely ferocity and conviction that Christian Bale had; he seems to have a faint sheen of sweat, as if the Batcave thermostat is up too high, and his attempts at droll humour and older-generation wisdom make his Batman look stately and marginal. Maybe we should get George Clooney back for the role.

Sounds like Ben Affleck might be much happier to just stick with his much more modest but very well-reviewed autistic action hero in The Accountant.

We wouldn’t blame him, either.

Justice League is in theaters nationwide on Nov. 17.