Here’s Your First Look at Benedict Cumberbatch as Doctor Strange

The Sorcerer Supreme is ready for battle. 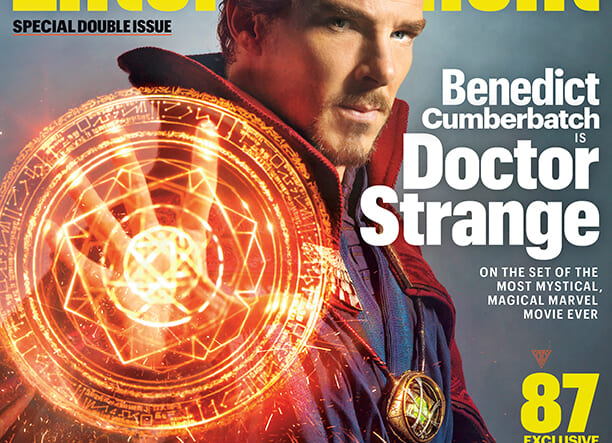 Between all the excitement surrounding Captain America: Civil War and the general Star Wars mania of the last year, it seems hard to remember that the ever-expanding Marvel Cinematic Universe is veering into unknown territory next year with Doctor Strange. Following Stephen Strange’s transformation from tortured surgeon to Sorcerer Supreme, the mystical adventure looks to be Marvel’s biggest departure from its core roster of recognizable names since Guardians of the Galaxy.On Monday, Entertainment Weekly hit us with a big fat reminder: the first photo of Benedict Cumberbatch as Stephen Strange, decked out in his iconic red cloak and gold pendant. And based on the cover alone, we couldn’t be more excited to see what Cumberbatch and director Scott Derrickson whip up for us at the end of 2016.

“I’m still in the infancy of learning all that,” Cumberbatch told Entertainment Weekly of suiting up for the role. “It was like, okay, I’ve got to keep throwing these poses, these spells, these rune-casting things, everything he does physically. I’m thinking, there’s going to be a huge amount of speculation and intrigue over the positioning of that finger as opposed to it being there, or there. And I’m still working on that. We haven’t played any of those scenes yet. I felt really self-conscious. But, then, by the end, it was great. It’s like anything, you just have to experiment.”

Doctor Strange is set to hit theaters on November 4, 2016.