10 Great Guard Dogs That Will Always Have Your Back 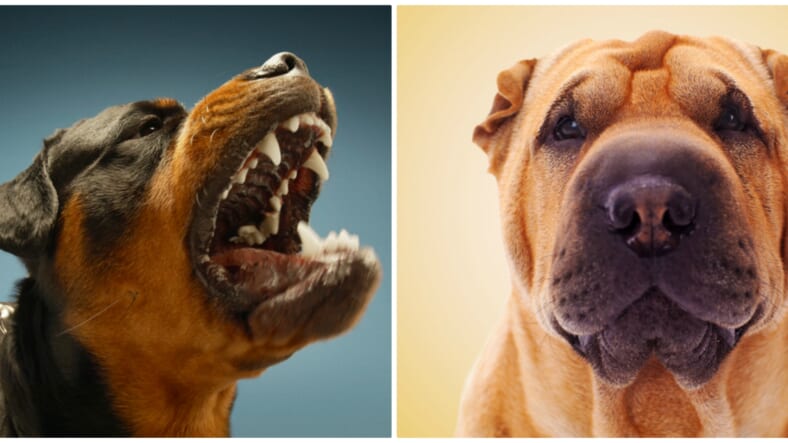 Dogs are man’s best friend, but one man’s friend can bite another in the ass…especially if he’s trying to break into your home.

If you’re looking for a furry companion to be your best pal and protect your home and family, consider getting one of these 10 badass guard dogs, as outlined by HiConsumption.

Which dog is right for you?

While they can be cuddly and sweet at times, Pit Bulls have a reputation for being fighting and guard dogs for good reason. They’re insanely strong, loyal, and determined at everything they do–including protecting you from those who mean you harm.

And given that Pits have been selectively bred for hundreds of years to fight other dogs, you already know that they can make an intruder sorry he was ever born.

Though, to be fair, Pit Bulls aren’t *just* for protection–they’re also very loving, and are sometimes known as “nanny dogs” because they’re so gentle around children. But still, it’s best to be careful around them.

One of the greatest guard dogs of all time, Rottweilers are massive, powerful, intimidating, and really fucking scary when they’re angry.

Rottweilers were actually one of the earliest police and military dogs, and were originally bred to drive cattle to the market, and were later used to pull carts for butchers, and guard families.

That said, Rottweilers have a natural instinct to guard their families, and are wildly protective of their property. So, if someone tries to mess with you or your family, your doggy is going to mess. them. up.

And because evolution moves at a glacial pace, you’re going to want to be careful with Rottweilers if you have kids, because they might “bump” your bambinos to herd them, thereby knocking them into the ground. But it’s all with good intention.

Fun fact: Rottweilers tend to snore, which is adorable.

At first glance, the Chinese Shar-Pei is just a cute mass of folds and wrinkles, but they’ve been around for hundreds of years as hunting, guarding, and fighting dogs, so they’re not a breed you should take lightly.

Originally bred to be a watch dog for farms, the Shar Pei has a very strong instinct to protect, and they tend to overreact toward strangers and can be really aggressive if they don’t like the person who shows up at your doorstep.

Chow Chows might be super fluffy and totally huggable, but don’t be fooled by their cuddly exterior. Chow Chows are actually formidable hunting and guard dogs that have been around since basically forever.

This breed of dog is extremely loyal, very independent, and fairly low-maintenance, all of which make them an excellent choice if you’re looking for a fluffy companion that also doubles as a home security.

Fun fact: Rumor has it that one Ancient Chinese Emperor kept as many as 5,000 Chow Chows as hunting dogs, which should be adequate endorsement of their fearsome abilities.

Specifically bred to protect Feudal Japan’s royalty and nobility, a.k.a. a time full of Samurais and war, the Akita is one hell of a dog that isn’t afraid of anything.

These dogs were used to hunt wild boar and bears, so you should take comfort in the fact that if an Akita can handle a giant bear, it can take down an intruder or murderer or whatever with a single paw.

If you have a Doberman in your yard or in your home, odds are no one will ever try to break in, because nobody wants to get their head ripped off by a Doberman. They’ll just turn around and find another house to loot.

Dobermans are incredibly fast, fearless, alert, and the fifth-smartest breed of dog in the world, so they’re obviously a very wise choice if you’re looking for a serious guard dog. They’re very, very good boys.

Possessing a personality tougher than nails, German Shepherds are fearless, loyal, confident, alert, and incredibly smart, which makes them a favorite in the police force and the military.

And because they’re extremely intelligent, German Shepherds are quick to learn commands, and around family, they’re calm and quiet, but are quick to react when they feel their family or home is threatened.

Just based on the name, you should already know that the Boxer is one hell of a guard dog.

“Named for their unusual behavior of standing on their back legs and “punching” with their front legs, this large dog breed is typically full of energy,” HiConsumption notes, implying this powerful dog can take someone out faster than you can you can say “Oh my God there’s an intruder in the house! Someone call 9-1-1! Help me!”

First things first: Bullmastiffs are massive, which should be enough to deter most intruders. There aren’t many people with balls big enough to try and get past a beast like that.

And along with their giant size, Bullmastiffs are insanely strong, as well as fiercely loyal, so they’ll watch over you and your family like a hawk to make sure nobody tries any funny business.

However, if you’re worried they might get aggressive with you, fear not: they’re extremely friendly and looove their friends and family, so they’ll only fuck up anyone who threatens you.

Speaking of giant dogs, Great Danes are also amazing guard dogs, mainly because they’re so big. Who wouldn’t be intimidated by a dog the size of a horse?

Sadly, though, Great Danes aren’t the best attack dogs, because they’re “gentle giants.” It’s highly unlikely that they can do much damage should someone break in, but at least you can ride into battle on them.

Just kidding. Don’t sit on your dog or it might be your ass it bites.

Plus, they’re very family-friendly and extremely kind, so they’re great with kids!