Watch the Absolute Best ‘Hot Ones’ Reactions of 2019 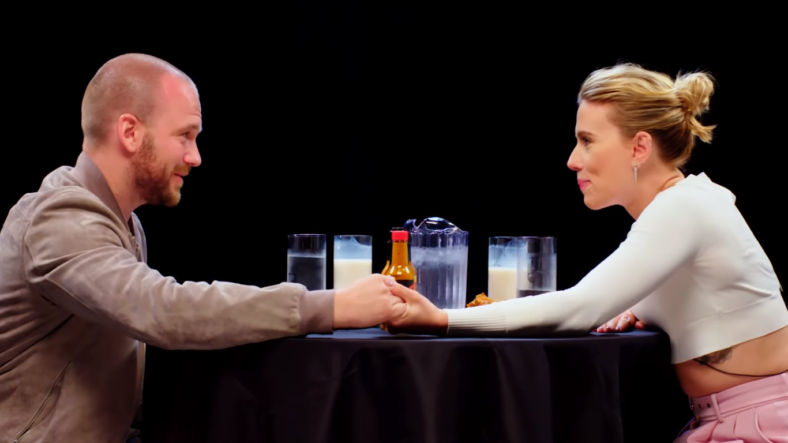 Complex’s wildly popular web series Hot Ones is known for making celebrities answer host Sean Evans’ questions while consuming ten chicken wings coated in different hot sauces, each of which is spicier than the last.

One hot sauce in particular, “Da Bomb Beyond Insanity,” routinely catches subjects off-guard with its absurd levels of heat, and has spawned some of the best Hot Ones moments of 2019. Though only the third spiciest bottle by Scoville units in Hot Ones’ tastebud-torturing gauntlet, guests including Scarlett Johansson, Gordon Ramsay, Idris Elba, Halle Berry, Bilie Eilish have struggled mightily with this hellish condiment.

Elba’s reaction was both dramatic and immediate. “What the fuck?!” the former Maxim cover star screamed. “Oh shit! I can’t even speak…mouth is actually numb.”

Ramsay’s response to Da Bomb was profane as well, as you’d expect from the celebrity chef. “Shit. I’m crying over fucking heat,” Ramsay says before rubbing a lime wedge on his lips and, curiously, his rear end.

A physical response was elicited from Johansson and Eilish, both of whom stood up and walked laps around the set. Meanwhile, stand-up comedian Theo Von provided perhaps the strangest sound bite in Hot Ones history upon confronting Da Bomb. “This one’s articulate right out of the gate,” Von said. “I feel like a damn breach birth. Feel like I’m coming out backwards.”

Berry’s deep breathing exercises and “I will not be defeated”-attitude helped her maintain composure better than all guests featured in the video, while Ken Jeong summed up the thoughts of anyone who’s ever sat across from Evans on the mouth-melting show in three poignant words: “Fuck you, Sean.”

Watch all of the year’s best Hot Ones reactions in the video above.