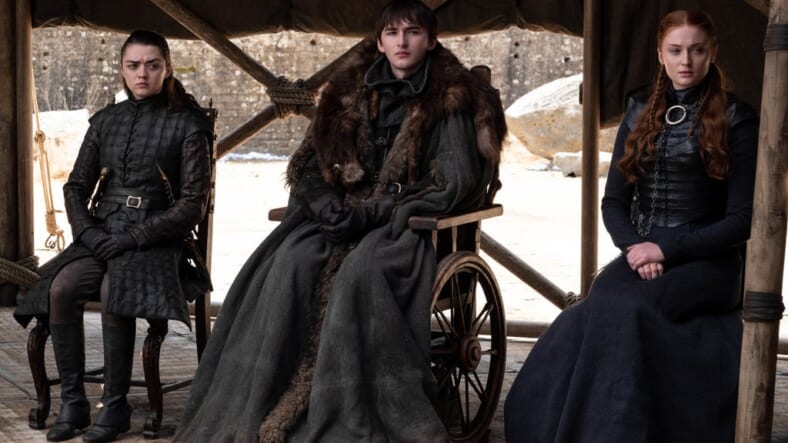 One good thing about Game of Thrones: It’s ardent, social media-loving fanbase can make some wickedly funny memes. Especially when the show is pissing them off.

In its final season, Thrones made everyone mad, so the memes have been great—particularly for the last episode, which aired Sunday.

To recap: In the series finale Daenerys (Emilia Clarke) won the Iron Throne only to go full Hitler (you never go full Hitler) and freak out on Tyrion Lannister (Peter Dinklage). Tyrion was imprisoned and that’s where Jon Snow (Kit Harington) visited him.

The last living Lannister managed to convince Jon that Dany had lost it. Jon knifed her—lovingly—in front of the Iron Throne, which her last dragon, Drogon, proceeded to torch into slag before grabbing his dead mistress and flying away.

The remaining heads of the houses all assembled to designate a new King, and after a silly suggestion they create a democracy then an impassioned speech from Tyrion, they chose Bran the Broken (Isaac Hempstead Wright). To the displeasure of many fans, of course (see below).

Jon Snow was consigned to the Nights Watch and a chaste life in the cold wastes, Arya Stark took off for lands unknown, and Sansa became Queen in the North, choosing to remain independent of her brother’s rule.

All this plus previous events like Jaime Lannister (Nikolaj Coster-Waldau) sleeping with Gwendoline Christie’s Ser Brienne of Tarth before abandoning her for his sister/lover Cersei (Lena Headey) led to plenty of fodder for cranky fans.

Check out some of the funniest, dumbest memes to come out of the whole mess.

Maybe Dany would’ve been better off if she’d asked for the manager, as the first tweet below says. Except she became the manager… and that didn’t work out so well.

She’s 6 seconds away from asking for a manager #GameofThrones pic.twitter.com/hv6ubbhHwT

In honor of tonight’s finale, show me your best #GameOfThrones memes. Here’s my favorite. pic.twitter.com/I84tZ3TJWJ

At least Ghost had his well deserved reunion. #GameOfThrones pic.twitter.com/CUwcgpi1sa

“And also Ser Jaime died while telling Cersei that he was in love with Brienne who was super hot the end” pic.twitter.com/9yr5i3lvHK

Sansa after she was crowned queen of the north #GameofThrones pic.twitter.com/gJBuszj2ZN

Sansa won the popular vote but Bran had the electoral college.