These Are the 10 Greatest Movie Villains of All Time, Ranked 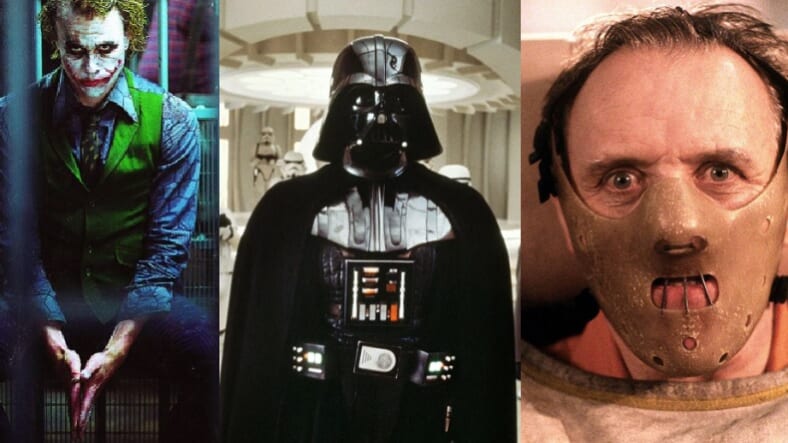 Halloween has come and gone but horror is forever. One of the staples of great horror movies has always been the colorfully evil villain.

Truth is, people have a favorite villain, whether they want to admit it or not. Ranker knows that, so the survey site took votes on what they aptly refer to as “the greatest, most vile movie characters we love to hate.”

The top 10 out of the 20 ranked winners are pretty surprising. For example, Hannibal Lecter really should be higher up in the ranking.

That said, of course Heath Ledger’s Joker in The Dark Knight was an all-time virtuoso turn for the actor. He gave us a villain who could make our skin crawl yet still had moments where he almost seemed pitiful—and yes, sometimes funny, being a clown and all.

So The Joker does top the list, with 17,445 votes. Check two through ten below.

1. The Joker – The Dark Knight

3. Hannibal Lecter – Silence Of The Lambs

Of villains ranked 11 through 20, one of the most surprising is Anton Chigurh, who is the essence of unstoppable evil in the Coen brothers’ No Country For Old Men. How’d he only make it to 16?

No accounting for taste, apparently.

Check out the full list here, and see if your favorite made it.