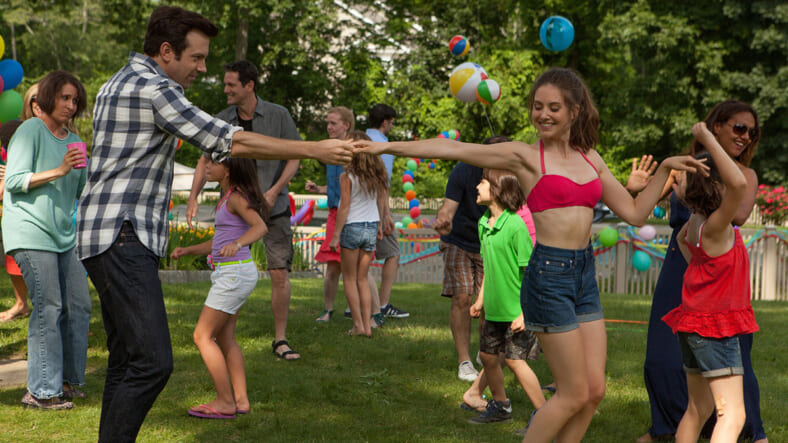 I’ll say it: 2015 has been kind of an awkward year for movies, rife with egregious over-promotion and some big-budget flops — at least until Star Wars: The Force Awakens saved the day. But though some of the most successful movies of the year were a bit uneven overall, they provided some truly unforgettable moments that will stay burned into our brains (and in some cases, nightmares) for a very long time.

While not every movie you saw this year was uplifting (ok, almost none of them), overall points should be given for the honesty, intelligence and incredible cinematography from some big-name and lesser-known filmmakers.

The following is a minefield of spoilers. You’ve been warned.

The Walk in The Walk

Most of us already knew about Philippe Petit’s mind-boggling tightrope walk between the Twin Towers before Robert Zemeckis got his hands on it. But his excruciating 20 minute climax scene, in 3-D no less, really hammers home how absolutely fucking insane it is that Petit made it across.

Sicario: When Emily Blunt and Benicio del Toro Don’t Shoot Each Other

Sicario pretty much has you on the edge of your seat from the opening seconds, but one of the final scenes — in which Kate (Emily Blunt) and Alejandro (Benicio del Toro) take turns nearly blowing each others’ heads off — will really have you sweating bullets, while also getting some insight into the true nature of their twisted power dynamic.

Sleeping With Other People: When Jason Sudekis and Alison Brie Show Up to a Kid’s Birthday Party on Ecstasy

Forget party clowns — nothing gets a child’s birthday party rolling like two thirtysomethings on E. Alison Brie brings the bouncy house down when she leads a kid’s dance party while shirtless.

Star Wars: The Force Awakens: The Lightsaber Battle In The Snow

Two people trying to kill each other has never looked so beautiful. When Rae and Kylo Ren have a confrontation after that *other* huge Force Awakens scene that we are not going to talk about, it’s a thrill to watch Kylo Ren’s reaction to Rae’s lightsaber skills. Wildly underestimating her abilities at first, he quickly realizes he has more than met his match.

For most of this subtly intense marital drama, Charlotte Rampling is trying like hell to swallow her resentment about a perceived betrayal. But she finally snaps at the most unexpected and inconvenient time. While we can’t know for sure what’s going on her head during this wordless scene, her final physical gesture speaks volumes, and makes us a little afraid of her.

In a movie as unrelentingly high-impact as Mad Max: Fury Road, it’s the little things that stand out. And one of those things is Mad Max’s first encounter in-person encounter with Imperator Furiosa and Immorten Joe’s escaped slave-wives, when he points a gun at one of them while gulping down water through his metal face container. WHY WASTE SO MUCH WATER TOM HARDY!??!

Room: When Brie Larson Trains Her 5-Year-Old Son How To Play Dead and GTFO of the Room

If you like having PTSD, you’ll love Room. A lot of has been said about 5-year-old Jack’s first few moments in “outer space,” but we think the more gripping scene was Ma (Brie Larson) preparing the child for an ingenious but perilous escape, while trying not to scare the shit out of him — and not letting on how she thought it would ultimately turn out.

The Martian: The “Starman” Montage

Ridley Scott’s The Martian was not only one of the year’s best movies, it also had arguably the very best — and most thematically-appropriate —  soundtrack. And this was most evident in a stunning montage scene, as NASA et al prepares for the big rescue to the tune of David Bowie’s most underrated song. Let all the children boogie!

It Follows: When That Poor Girl Is Running For Her Life

It Follows gained an instant cult following by defying the established horror movie structure: We know we’re in trouble from the very start, in a scary and rather sad scene opening scene of a helpless young girl running from an invisible threat (in red high heels, because this is still a horror movie). We hate what happens to her.

Sicario: The Tunnel of Terror

Sicario gets a double mention because it’s so jam-packed with terrific filmmaking. And cinematographer Roger Deakins really shows off his chops as the special ops team prepares for a raid on a hidden drug cartel tunnel. The shadows of their night-vision goggles against the setting sun will take your breath away — and you won’t get it back for a long time, as the raid turns out to be even more terrifying than expected.

What We Do In The Shadows: Clean the Bloody Dishes

This whole movie — a mockumentary about vampires sharing a house in New Zealand — is a scream, so it’s hard to pick just one, but a house meeting among the undead roommates in which they argue over the chore wheel is particularly brilliant.

The Wolfpack: The Angulo Brothers Go Out to a Movie

Crystal Moselle’s fascinating documentary follows a group of cinema-obsessed brothers who escaped into movies because they were largely confined to a small apartment for over a decade. Their excitement about seeing their first movie in a theater — David O. Russell’s The Fighter — is both heartbreaking and thrilling.

Former CIA assassin (Mickey Rourke) has some unfinished business in the third act, and tricks his young buddy Ed (Nat Wolff) into being an accompliceKingsman: Secret Service: The ‘Free Bird’ Church Scene

The best scene in this intense AI drama is also the most random: Apropos of absolutely nothing Oscar Isaac’s robot mastermind Nathan and his assistant Kyoko perform an impromptu but perfectly synchronized dance routine to “Get Down Saturday Night.”