Axel Foley is back. 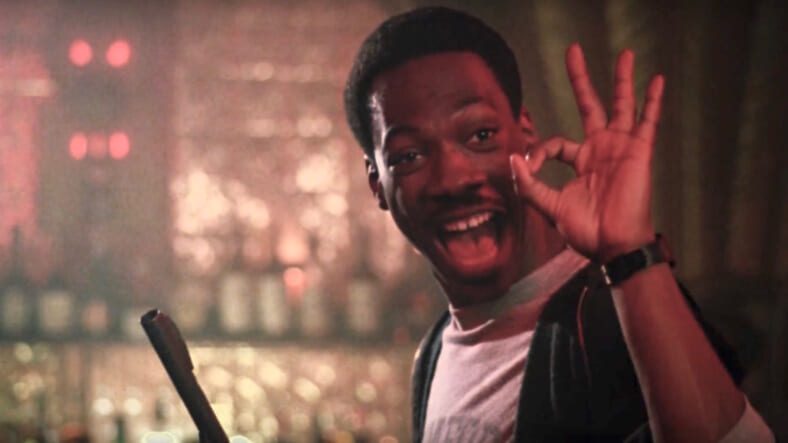 Beverly Hills Cop went out with a whimper in 1994 with a misbegotten third entry, considered by even Eddie Murphy to be “garbage“. But he’ll finally get his shot to redeem the franchise and his much-loved Axel Foley.

The long-gestating Beverly Hills Cop 4 has officially been greenlit by Paramount Pictures. Deadline reports that Murphy will reprise his iconic role in Axel’s home turf of Detroit.

Adil El Arbi and Bilall Fallah, the Belgian duo that rocked the festival circuit with their gritty crime drama Black, will direct. The foreign newcomers may seem like wild cards, but Deadline reports they were hand-selected by Murphy and producer Jerry Bruckheimer:

They loved Black, and when they met with the filmmakers, they were charmed to discover how important the original Beverly Hills Cop was to them. Even though this is a major step up from the budget of their last film, this became an opportunity to reframe a venerable franchise with youthful energy.

The sequel has been in the works for years. Murphy revealed in a 2013 interview with Rolling Stone that there were some hiccups getting the right script.

If no banana is put in its tailpipe, Beverly Hills Cop 4 will begin production by early 2017.