‘Bill & Ted 3’ Is Confirmed, Keanu Reeves and Alex Winter Are Back on Board 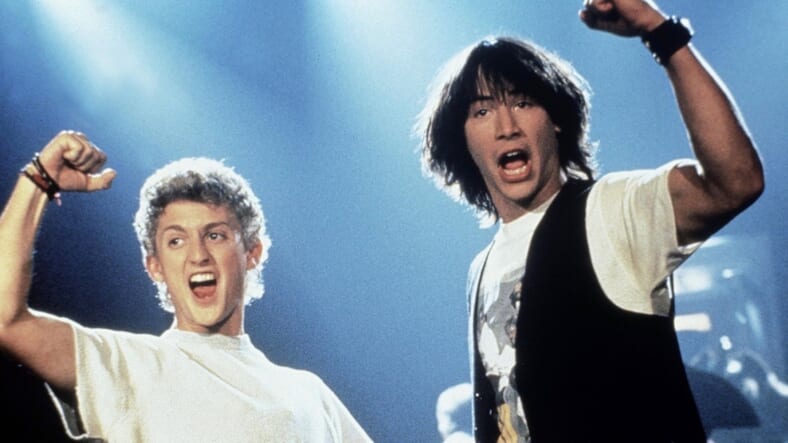 The third entry into the Bill & Ted franchise has just been confirmed, Deadline reports.

The stars of the 1989 classic and 1991 sequel, Keanu Reeves and Alex Winter, are also back on board for the movie, which will be called Bill & Ted Face The Music.

Dean Parisot (Galaxy Quest) is a lock to direct, and Steven Soderbergh will even serve as one of the executive producers.

The script, which was written by franchise creators Chris Matheson and Ed Solomon, picks up with the slackers 27 years later.

That’s nearly three decades after their futuristic mentor Rufus (George Carlin) told them they would one day create music that would change the world and create a utopian society.

The catch: they haven’t done jack shit yet and are gonna have to “face the music.”

Here’s Keanu and Alex talking about it with EW, back when the movie was still a “proposed sequel.”

Bill & Ted Face The Music is currently in pre-production, and no release date has been announced.