“Bill & Ted Face the Music” is totally on the way, dudes. 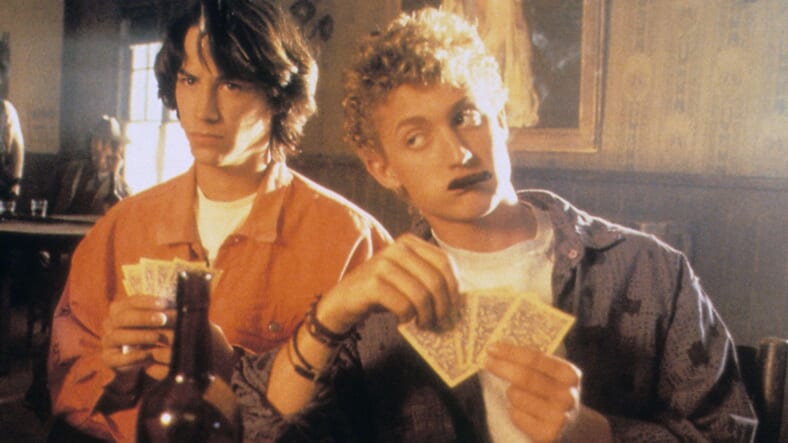 Ted “Theodore” Logan and William “Bill” S. Preston Esq. are gearing up for another excellent adventure in a third Bill & Ted movie.

Actors Keanu Reeves and Alex Winter announced Wednesday that Bill & Ted Face the Music is scheduled to go into production this summer.

“We wanna say thank you to you the fans,” Reeves says in a video released by Hammerstone Studios. “It’s all because of you guys and we owe you a huge debt of gratitude, so thank you — and be excellent,” Winter chimes in.

Yet to fulfill their rock ’n’ roll destiny, the now middle-aged best friends set out on a new adventure, when a visitor from the future warns them that only their song can save life as we know it and bring harmony to the universe.

Along the way, they will be helped by their families, old friends and a few music legends.

Oscar-winning director Steven Soderbergh is attached to the project as an executive producer.