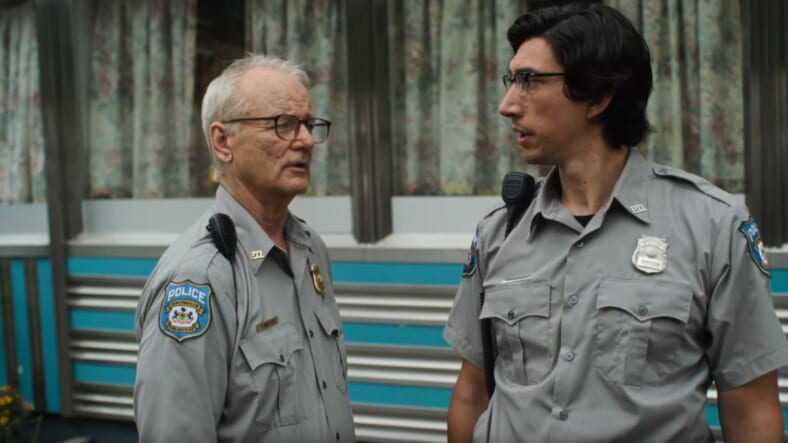 The first trailer for The Dead Don’t Die is yet more proof that the zombie movie genre will never die. That’s probably a good thing as long as the form keeps inspiring deadpan comedy like this.

Jarmusch is the indie icon behind past takes on genre flicks like Only Lovers Left Alive (vampires!) as well as Dead Man (westerns!).

The director has an affinity for using the same actors repeatedly in what amounts to a rotating ensemble. Players like Sevigny and Swinton tend to keep showing up in Jarmusch movies and that’s good—it’s rare that his work ends up less than entertaining.

What’s happening here? Well, as Driver’s deputy character says, we know “this isn’t gonna end well” because it’s a zombie movie and those are never light and sunny no matter how many jokes get cracked along the way.

But what about the plot? From IMDB: “The peaceful town of Centerville finds itself battling a zombie horde as the dead start rising from their graves.”

And as we see in the trailer, the battling will include swords, guns, and an undead Iggy Pop craving coffee along with his side of brains.