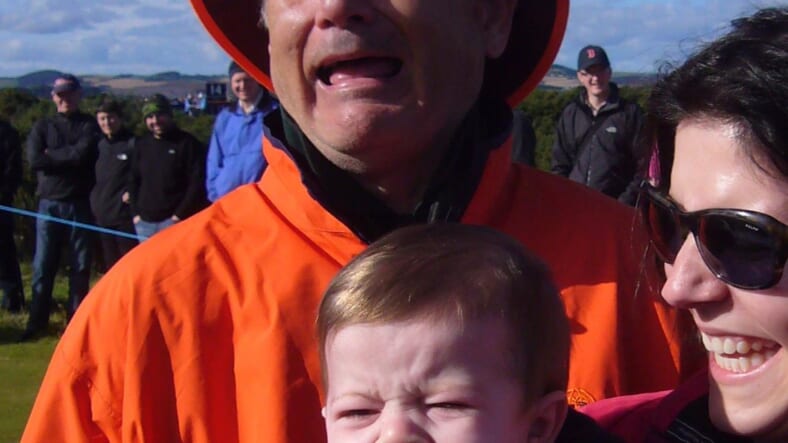 The people of the internet have taken up a debate over whether the middle-aged celebrity icon pictured next to a particularly unhappy-looking baby in this photo is Bill Murray or Tom Hanks.

Dear Internet. How can you not tell the difference between Tom Hanks & Bill Murray?

This is the only debate I want to talk about.https://t.co/V6nc57ZtIs

The photo first appeared on the Reasons My Son is Crying Facebook Page, but has recently resurfaced and caused quite a stir.

But don’t worry, we may have a definitive answer to this hard-hitting question.

The selfie-snapping female photog pictured next to “Tomurray,” Laura DiMichele-Ross, has insight into his true identity.

Speaking to Bro Bible, she said, “It’s totally Bill. I can vouch cause I’m the one in the photo with the massive grin thinking, ‘Oh my god this is going to be an awesome photo.'”

There you have it, folks. It’s Bill. Now, back to whatever way less important work you were doing.