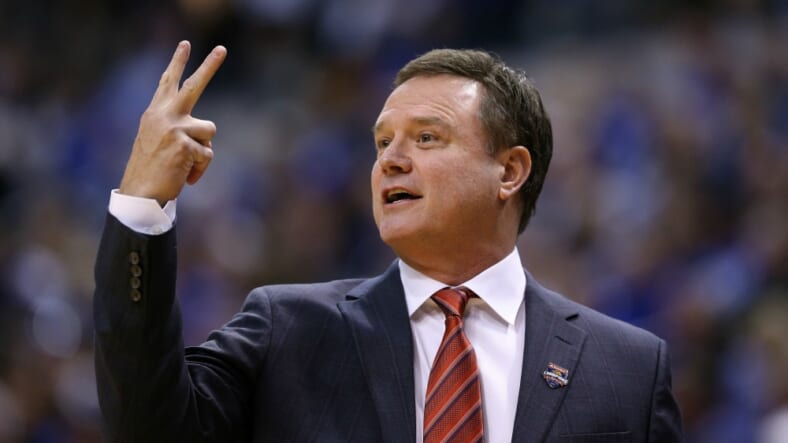 One of basketball’s unwritten rules calls for a winning team to dribble out the clock at the end of a game, even if they could easily score and pad their margin of victory. But you already knew that. And so too does Kansas Jayhawk Brannen Greene .

That’s why Kansas coach Bill Self was so pissed when this happened.

Self started his post-game press conference by apologizing to Kansas State but saved his most searing critique for a subsequent radio interview. “Greene, we’ve put up with him doing some stuff in the past, but that was probably the biggest dick move I’ve ever had a player do during a game,” he said.

It’s not hard to see why. Greene’s dunk was unnecessary and unearned. The only reason he was so easily able to throw it down is because literally everyone else on the court had stopped playing. Players on both teams and coaches on both sidelines had already started shaking hands.

Generally, unwritten rules in sports are anachronistic nonsense that only serve to make the game less entertaining (see baseball and bat flips). But the one that discourages dunks with a double digit lead as the clock expires? That’s not a bad one.

Neither, by the way, is the unwritten rule that says 53-year-olds paid millions to guide young men into maturity shouldn’t publicly call one of those young men a “dick.” Good on Bill Self for adhering to the unspoken laws of sportsmanship, but next time, a post-game dressing down of offending players might be a bit more effective than public shaming.