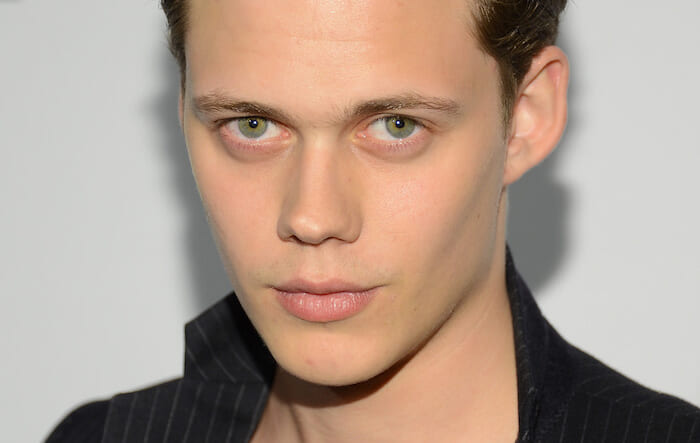 It was just a month ago when chilly Swedish actor Bill Skarsgard was cast as Pennywise the Clown in the forthcoming film adaption of Stephen King’s It.

But already, an official photo has dropped of Skarsgard in full, terrifying costume, and he’s clearly got what it takes to fill King’s most macabre, nightmare-inducing creation (see above).

The 25-year-old actor, known for his work in Hemlock Grove, certainly has a dark and unnervingly enigmatic quality to him (see him out of his clown suit below). This is reportedly perfect for director Andrés Muschietti’s more understated take on the boogyman.

Entertainment Weekly reports that his Pennywise will be more “elegant” and “precise” than the wacky and rabid interpretation Tim Curry gave us for the 1990 TV miniseries version.

“It’s important that we do something fresh and original for this one. It’s purposely not going toward that weird, greasy look,” Skarsgard told EW.

The photo alone is bound to haunt your dreams– even though the It reboot won’t even hit theaters until 2017.