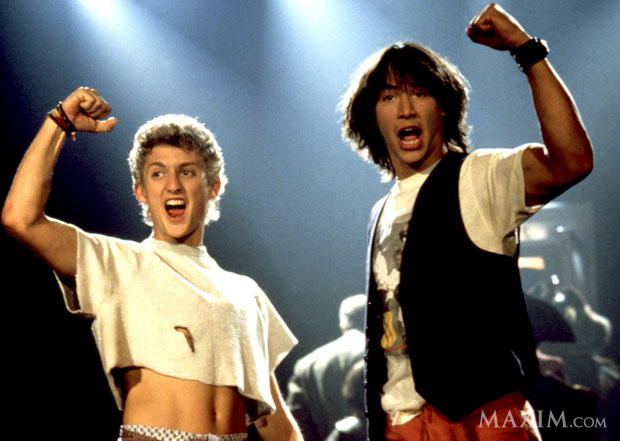 You’re using Kickstarter to fund your new documentary, Deep Web: the Untold Story of Bitcoin and The Silk Road. For those unfamiliar, can you explain what it’s about?

I’m not using Kickstarter to fund the whole thing – it’s part of the process of making the doc. The money we’re getting is going towards the budget, but you couldn’t make a documentary for $75,000 – we’re privately funded as well. But the Kickstarter has been great because it’s already building a community around the movie, and it’s also drawing people from the deep web to us for contacts and support, which is invaluable.

So what are you looking to say about the “deep web”?

What I’m looking to do isn’t a movie about Silk Road, just a sensational, “Oh my God, there’s drugs on the Internet!” kind of thing. Shock and horror! I remember having that feeling when I first discovered that people were selling drugs on the Internet black market, and that was in 1992. No, I’m more interested in the age of cryptography that we now live in. The architecture of the web from the get-go has created this massive thing called the deep web, which accounts for at least 500 times more than what we call the clear web. There’s a lot of stuff going on that we don’t see, some of which is mundane and just administrative, and some of which is hidden. I’m really interested in the notion of this extremely large growing community that’s online and unseen, and what the implications of that are. Bitcoin is showing us a lot of what the implications of that are – the idea of an unregulated global currency that’s protected by cryptography is pretty groundbreaking.

What are some of the more unsettling parts of the deep web, for you?

From the very beginning of the web, there was always a slippery divide between the people who were using the power of that tool for positive things, and people who were using it for nefarious things. That exists within every facet of the web, from the political side to the black market side – there are assassination web services on the deep web. But the deep web is significantly larger than just the black market stuff – it’s like looking at the highway and picking out one car that has drug dealers in it and saying, “Well that’s the whole highway.” It’s not.

On the Kickstarter page, you claim that for $10,000, backers can play air guitar with you all night on a yacht. How serious are you with that offer?

We were kidding – it was placed as a joke, but the fact is, though, I’m actually engaged in negotiations with one party that is interested in that particular reward. Some of the serious requests we got scared the hell out of my producers…

How many times a day on average do people come up to you and try to get you to play air guitar?

I should use my Nike running watch for this purpose. It’s all day, everyday, and it has been since 1989. I haven’t ever stopped to do the math, but it would be staggering. Bill and Ted just withstood the test of time – it’s evergreen, much to my occasional dismay. If I get off a plane in Tunisia, it’s playing on TV in the airport. It’s just guaranteed, it’s the weirdest thing. All of us, the guys that made it, we’re all pleasantly shocked and somewhat appalled. It’s pretty cool when you make something that, for whatever weird, indefinable reason, sticks around. It’s funny because a lot of people that recognize me are actually kids, or parents and their kids. It’s really a favorite with young kids.

Are they confused as to what a phone booth is?

They get it. They wouldn’t know how to use one – they think it’s all rather quaint, the way that I looked at The Wizard of Oz or It’s A Wonderful Life. Not to say that this movie is anything like on the level of those movies…let me make that really clear. But in terms of having cultural resonance, it has a sweet nostalgic quality to it. Even if you’re young, I think you get that.

Keanu Reeves has talked a lot in recent interviews about how keen he is to make a third Bill & Ted movie. Are you as excited?

Yeah, we’ve all been building this together as a team. There are four of us working on it together – me, him, and the two writers who wrote the other two movies. We’re beginning to make some good headway towards production, but it’s been a tricky thing to get right, to be honest with you. I do think we’ve cracked that, and the writers wrote a really hilarious script, so we are getting pretty excited about being able to turn that into a movie.

Can you tell us anything about the movie?

I think a fair amount has been spilled. I mean, Keanu hasn’t stopped talking! In essence, it’s a very sweet story in that it does keep to the tone of the first two – it’s not trying to be retro cynical. The heart of it is essentially these two middle-aged guys, where are they in their life, and how their worldview changed. We’re supposed to have achieved all these amazing things according to our destiny, but what if we haven’t? Why haven’t we, and how do we correct that? We laugh about it because it’s like Monty Python meets Charles Dickens. It’s got this almost Dickensian theme, but it doesn’t take itself seriously. It does use the time travel stuff – it’s basically an odyssey to find the destiny that we were supposed to have.

Will you get to shout anything as amazing as, “You killed Ted, you medieval dickweed!”?

We got some really good lines, man. I just hope that we don’t cut them between now and when we shoot. Those guys write really good dialogue, it’s very fun to read.

You were the first vampire to get offed in The Lost Boys. How many takes were required to get the blood in the right places while you were hanging upside down?

It wasn’t only the blood – it was having the two Corys kicking dirt in my eyes. I got rushed to the hospital, it was hilarious. I was wearing these full eye contacts, and as soon as I hit the ground, if you watch the take, they’re just sitting on the edge of this dirt bank, screaming and kicking with all their might. All of that dirt is just shoveling into my cornea at a hundred miles an hour. It was memorable.

AND NOW: ALEX WINTER ANSWERS THE SAME 10 QUESTIONS WE ALWAYS ASK EVERYONE!

What was the last thing you had to apologize for?

I’m apologizing 24 hours a day. I would say probably almost accidentally breaking one of my children’s necks. In play of course, not in anger!

What is your favorite curse word?

I’m from England, so I’m prone to using mostly British profanity, which is by far the best in the world. I would say “fuckwit” is my absolute favorite and very often-used phrase. It’s extremely satisfying to say.

What was the worst hangover you’ve ever had?

That might have been around the Lost Boys days. Waking up in a motel room in Santa Cruz at least six or seven days after I thought I had gone to sleep and not entirely sure what happened in the intervening time period.

What was your first car?

1954 Ranchero, which I had painted a crazy bunch of colors.

Do you still have it?

No, this was a hundred years ago!

Do you have a party trick?

Getting the hell out as quickly as possible.

What is the biggest thing you’ve ever put in your mouth?

I think my son’s entire head.

What is the one thing to remember in a fist-fight?

Where your teeth are.

Who was the last person to see you naked?

Finish this sentence: If I ruled the world for a day, I would…

Get this fucking third Bill and Ted movie made!