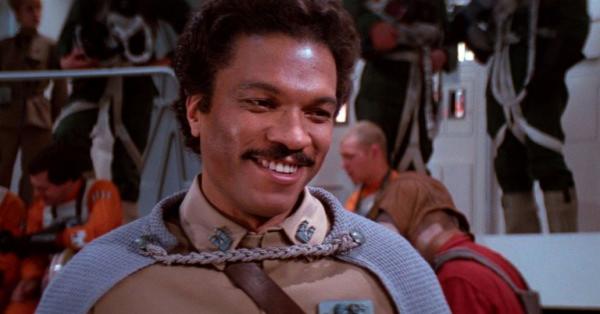 There’s no doubt that Donald Glover as Lando Calrissian was the best part of the underperforming Solo: A Star Wars Story, but he’s still not the original smooth-talking space gambler.

No, that honor belongs to the one and only Billy Dee Williams, who originated the role in 1980’s The Empire Strikes Back and then blew up the Death Star in 1983’s Return of the Jedi. For Star Wars faithful, he’ll always be Lando, and now, it seems, he’ll be donning the iconic cape once again in Star Wars: Episode IX, the next installment from Lucasfilm.

Chatter about Williams joining the production, which is set to begin later this summer, increased in recent days when the actor bowed out of an upcoming sci-fi and pop culture convention citing a conflict with a movie schedule. Sources confirmed to The Hollywood Reporter that Williams will indeed be returning to the Star Wars film franchise.

Williams has in recent years returned to the role that fuels his appearances on the convention circuit, voicing Calrissian in various cartoon series and video games.

While notoriously hard-to-please Star Wars fans are generally happy about this news, many are worried that Lando will suffer the same fate as his old pal Han.

Billy Dee Williams is returning to Star Wars. The plan is to kill Lando and the last part of your childhood by the third act.

Ill take any bets on cause of death for Lando. My bet 50 creds Lando dies by Sarlacc.

"If" they would bring back Lando in ep9 just to have him killed off as some are suggesting will happen, I think that might be the end of SW for me. That would be a clear message that they have zero respect for the old fans and just want their new characters on the board.

Episode IX, set to open December 20, 2019, is being directed by J.J. Abrams and will star Daisy Ridley, John Boyega, Oscar Isaac, Adam Driver… and this guy.