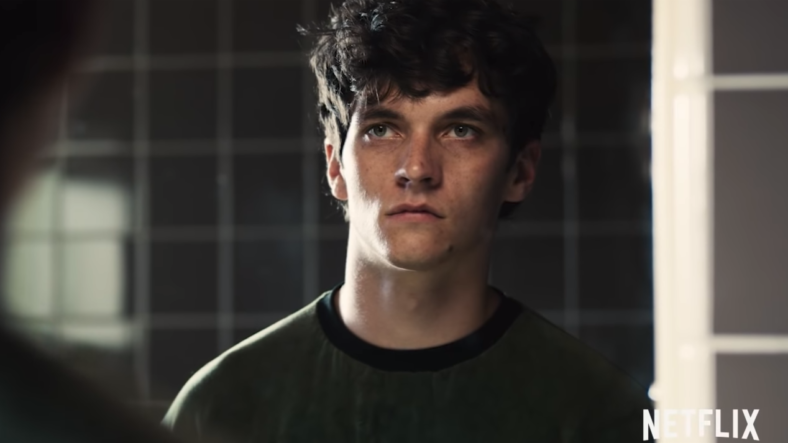 The first trailer for Netflix’s highly-anticipated Black Mirror movie transports us to back to 1984 in a paranoia-infused new clip.

Set to the pulsing, Reagan-era rhythms of Frankie Goes to Hollywood’s “Relax”, the trippy trailer should tide over fans eagerly awaiting the premiere of Season 5, and some are already comparing it to David Cronenberg’s 1983 cult movie Videodrome.

In 1984, a young programmer begins to question reality as he adapts a sprawling fantasy novel into a video game and soon faces a mind-mangling challenge.

Since a premiere date was leaked at the beginning of the month, we’ve learned that Black Mirror: Bandersnatch is not the debut episode of Season 5, but rather a standalone movie spun off from the dystopian anthology, “Bandersnatch” is the name of the fantasy novel referenced in the synopsis, and was apparently written by a literary genius named Jerome Davies who “went cuckoo and cut his wife’s head off.”

The book’s title comes from a creature of the same name described in Through the Looking-Glass, Lewis Carroll’s sequel to the Alice in Wonderland.

It’s hard to deduce many other plot details from the ambiguous trailer, but mysterious pills, rapidly dilating pupils, and hands literally going through fluid mirrors indicate that drugs may play a part in the Netflix original.

Don’t blink, or you’ll miss the reference to “Metalhead,” the freaky robotic dog featured in the 5th episode of Black Mirror Season 4.