Advanced sale tickets are now up for grabs. 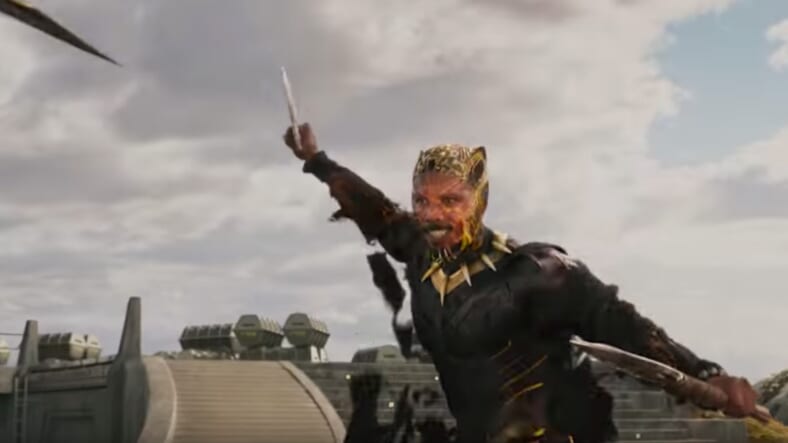 Marvel just debuted a new TV Spot for Black Panther during College Football Playoff National Championship, and it probably made everyone forget about the game between Alabama and Georgia.

It’s a full minute and 30 seconds of futuristic visuals of the fictitious African country Wakanda and glimpses of Chadwick Boseman as T’Challa, realizing his birthright to become the king of the nation and his powers as the titular Black Panther.

Variety explains that this is “tested” when T’Challa is drawn into a formidable conflict that puts the fate of Wakanda and the entire world at risk.” The power struggle involves the insurrectionary supervillain Erik Killmonger, played by Michael B. Jordan.

The cast of this movie is stacked with talent. Angela Bassett plays Ramonda, the Queen of Wakanda, and Oscar winners Forest Whitaker and Lupita Nyong’o are prominently featured in the trailer as Zuri and Nakia, respectively.

The trailer also features a new song from Kendrick Lamar, recorded with Vince Staples. Another new song of his made with SZA, “All the Stars,” was featured in a previous trailer, hinting at an epic soundtrack to match all the ass-kicking.